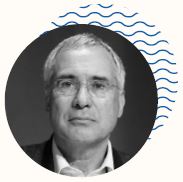 Lord Nicholas Stern is a renowned academic and former World Bank Chief Economist, as Special Adviser to the Chairman on Economic Development and Climate Change. Lord Stern has had a distinguished academic career at the universities of Oxford, Warwick and the London School of Economics and Political Science (LSE), where he is currently IG Patel Professor of Economics and Government. From 2003-2007, Lord Stern was Head of the Government Economic Service and Adviser to the UK Government on the Economics of Climate Change and Development, reporting to the Prime Minister and to the Chancellor.

During this time, he was appointed to conduct a review of the economics of climate change, which led to the publication of the influential and widely publicised Stern Review on the Economics of Climate Change. From 2004-2005, he directed the writing of the Report of the Commission for Africa.