The publication of the first atlas of potential CO2 storage sites in Brazil is the culmination of nearly a decade of research. It represents a substantial step forward in the development and deployment of carbon capture and storage (CCS). In this Insight, Rodrigo Sebastian Iglesias, Associate Professor, Engineering Faculty at the Pontifícia Universidade Católica do Rio Grande do Sul (PUCRS), outlines how the atlas will be used to develop CCS technologies in Brazil. 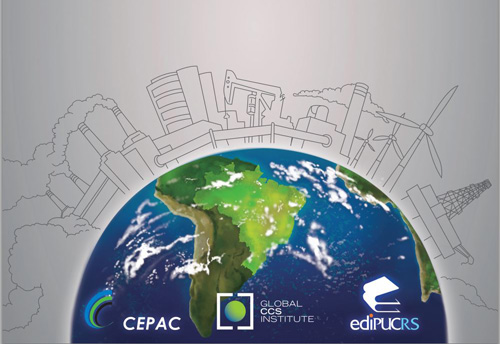 Brazil has a low carbon energy matrix, with most of its power generated from hydroelectricity. As a large country with intense agricultural activity and a significant area covered by rain forest, most of the country’s greenhouse gas emissions come from deforestation and land-use change. However, despite these characteristics, Brazil has been committed to the development of carbon capture and geological storage (CCS) research since the technology began to be recognised as a relevant solution for greenhouse gas emission reductions. Recently, there has been greater focus on CCS in Brazil due to the beginning of production in pre-salt oil and gas reservoirs, which may contain significant amounts of CO2 in the produced fluids.

Contributions to the development of CCS in Brazil come from both academia and industry. Since 2006, the country has invested in the establishment of CCS research centers and groups in universities. This research spans the whole chain of the CCS process, from the development and optimisation of CO2 capture processes and technologies, mapping of stationary sources of CO2 and existing pipelines that may serve as transportation routes, to the investigation of potential reservoirs and cap rocks, their characterisation and integrity, and evaluation for long-term safe storage. Industry in Brazil has been developing pilot and demonstration scale projects for capture technologies, monitoring technologies, and on-shore and off-shore CO2 storage. Recently, PETROBRAS, Brazil’s largest oil company, initiated injection of CO2 in the pre-salt fields. PETROBRAS is also responsible for supporting most of the country’s research in CCS, both internally and with academic institutions.

As a result of these integrated efforts, the Brazilian Atlas of CO2 Capture and Geological Storage represents a significant milestone in CCS development in the country. International efforts to map CO2 sources and evaluate potential target reservoirs for geological storage are necessary to facilitate the deployment and demonstration of CCS. The release of this atlas adds Brazil to the list of countries that have developed a CO2 storage atlas, including the United States, China, Canada, Australia, Mexico and South Africa.

The atlas presents a survey of Brazil’s largest sources of CO2 emissions and matches these sources with suitable reservoirs for geological storage. The report also assesses the most likely technologies for capturing the emissions. Analysis of the collected data identified significant potential for CCS projects in Brazil in at least five sedimentary basins, most of them associated with oil & gas production. The report gives a preliminary assessment of the most suitable areas for geological storage of CO2 throughout the country.

Considering the innovative character of CCS technology development, the atlas identifies some of the information gaps inherent to such large-scale data mining and integration processes. In this first edition, some important information is yet to be included (such as CO2 emissions from offshore sources). As this is a continuous endeavor, future editions will focus on upgrading data and results.

The publication of this atlas represents a substantial step forward in the development of CCS in Brazil. The dissemination of the knowledge in this area helps focus attention on CCS stakeholders and increases public awareness, ultimately leading to actions to mitigate climate change in the country. 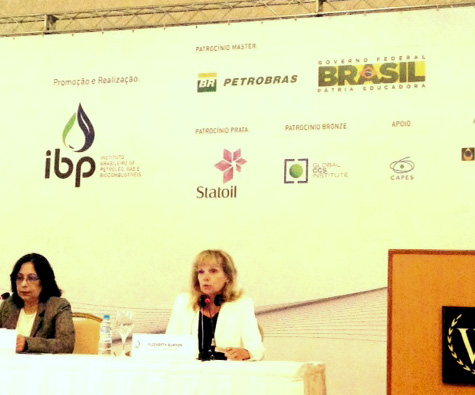 The publication of this atlas is the outcome and consolidation of nearly a decade of research and data collection, which was carried out at the Center of Excellence in Research and Innovation in Petroleum, Mineral Resources and Carbon Storage (CEPAC), with support from PETROBRAS and the Global CCS Institute.

Founded in 2007 with support from PETROBRAS, CEPAC is a research center dedicated to the research and development of CCS, located at the Pontifícia Universidade Católica do Rio Grande do Sul (PUCRS) in Porto Alegre, Brazil. Since December 2014, CEPAC is part of the Institute of Petroleum and Natural Resources (IPR), at the same university.