The Callide Oxyfuel Project in central Queensland, Australia ran in demonstration phase from June 2012 to March 2015. The project has produced valuable data on oxyfuel combustion processes and technology for retrofitting to coal-fired power stations. In this first of a series of three Insights, Project Director, Chris Spero, details some of the achievements from Callide. 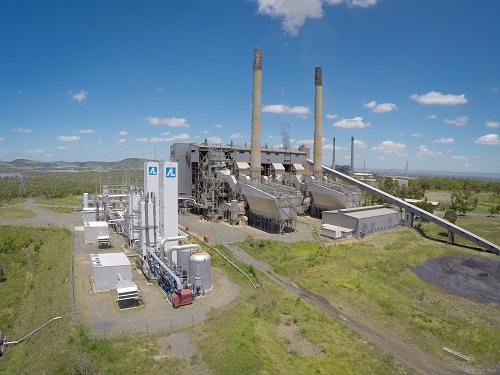 Following the end of its demonstration phase the Callide Oxyfuel Project leaves a legacy that oxyfuel combustion, linked with carbon capture and storage (CCS) technology, is a realistic option for low emission electricity generation in the future.

The Callide A Power Station in central Queensland, Australia is the first operational power station in the world to be retrofitted with oxyfuel carbon capture technology. This achievement is significant on an international level, as the project outcomes successfully prove the technology at an industrial scale.

At its conclusion in March 2015, the Callide Oxyfuel Project has achieved:

The Callide Oxyfuel Project involved retrofitting oxyfuel combustion technology to a 30 megawatt unit at the Callide A Power Station, and the installation of a downstream carbon dioxide capture plant. This unique and integrated facility ran within the Australian electricity market under normal power station operating conditions between June 2012 and March 2015.

The idea of the Callide Oxyfuel Project was first considered at a COAL21 Forum in July 2003. Twelve years on, this ground breaking project has contributed valuable results, data and knowledge for the next generation of low emission projects.

While this project may only be semi-commercial, it is the world’s first industrial scale demonstration of oxyfuel combustion and carbon capture technology, and the first retrofit of the technology to an existing power station. When linked with geological carbon storage, this technology has the potential to reduce carbon dioxide emissions from coal fired power stations by around 80 percent, providing a realistic technology option for low emission electricity generation.

This technology is now ready to be scaled up to 300 megawatts and is available to build commercial scale, capture ready power plants.

Several additional research projects were initiated during the development, construction and demonstration of oxyfuel technology at the Callide A Power Station. The Australian National Low Emissions Coal (ANLEC) R&D program identified oxyfuel technology as a priority R&D program, and has supported a number of fundamental and applied R&D activities during the operational phase of the project. This work provided valuable technical learnings that will inform future designs and commercial applications of this technology.

The Callide Oxyfuel Project has also helped advance the generation industry’s investigations into the viability of carbon dioxide storage through its collaboration with CO2CRC. Testing was carried out at the CO2CRC’s Otway Project site in South Western Victoria to evaluate the geochemical and physical behaviour of the Callide Oxyfuel carbon dioxide product within the storage rock.

The Callide Oxyfuel Project has provided additional confidence that there is a way forward for coal to maintain its economic competitiveness and meet environmental standards, giving policy makers and decision makers understanding that the most abundant fossil fuel resource can still have a place in the economic future around the world.