The Global CCS Institute, together with media reporting agency, Mediascape Global, has tracked a growing media interest in CCS technology over February, highlighting the importance of CCS. This Insight by the Institute’s Senior Media and Publications Consultant, Caroline Baldwin, provides an overview of some of the main news items covering CCS around the world during the month of February, 2015. 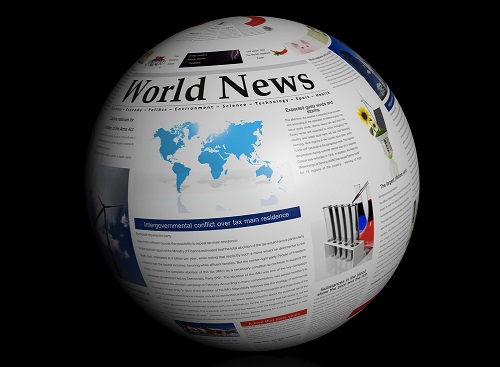 Media covering CCS news for the February period amounted to 532 articles around the world, according to Mediascape Global. US CCS Funding: 2016 Budget led the key topic split throughout the month, accounting for 8% of all articles. The proposal included boosts to clean energy technology, efficiency and science.

A snapshot of the main stories is listed below:

2 February 2015: US President Barack Obama has requested US$842.1 million in funding for the Office of Fossil Energy as part of his FY 2016 budget request. Of that budget, US$560 million has been requested for fossil energy research and development, focused on carbon capture and storage. Research and development efforts would be focused on: CCS demonstrations; research to reduce carbon emissions by improving CCS technologies and fossil energy systems integrated with CCS; development of post- and pre-combustion CO2 capture and compression technologies for new and existing coal and natural gas-fired power plants and industrial sources; carbon storage R&D to ensure the safe and permanent storage of captured CO2; advanced energy systems, cross-cutting research to bridge basic and applied research; and supercritical carbon dioxide technology.
News clips: Bloomberg; The Daily Caller (US); EESI

2 February 2015: The Australian Government has granted AUS$25 million over five years to the CCS research project based in Victoria. The funding, which will be provided to CO2CRC under the CCS Flagships Program, will be matched by cash and in-kind contributions from CO2CRC members. This includes AUS $10 million from the Australian coal industry’s Coal21 Fund and a AUS $5 million Victorian Government grant announced in September 2014.
News: Climate Control News

3 February 2015: The US Department of Energy (DOE) announced that federal funding of the FutureGen 2.0 Project will be suspended. FutureGen 2.0 was federally supported under the American Recovery and Reinvestment Act of 2009 (ARRA), which provided DOE funding for large-scale commercial carbon capture and storage (CCS) demonstration projects.
The Institute released a media statement with the Institute’s Dr Elizabeth Burton, General Manager, The Americas saying: “FutureGen 2.0, an innovative public-private partnership, is an important part of an international portfolio of CCS projects that are vital to reducing greenhouse gas emissions.” Under the current timeline, projects must spend ARRA funds by September 30, 2015.  DOE determined that the FutureGen 2.0 Project was highly unlikely to meet the deadline.
News: New York Times; Power Engineering; Scientific American

The US Department of Energy (DOE) has announced its intent to invest roughly US $500,000 to field test and validate advanced monitoring, verification and accounting technologies (MVA) at Shell’s Quest Carbon Capture and Storage project in Alberta, Canada. The proposed funding will be leveraged from an approximately US$3 million federal investment in existing and ongoing projects in DOE’s research and development program. It is expected that details of the collaboration will be finalized early this year.
News: Carbon Capture Journal

9 February 2015: Biomass electricity production combined with CCS, coupled with reductions in fossil fuel emissions and aggressive deployment of renewable energy, could “make power generation in the western US carbon-negative”, according to a recent study by the University of California, Berkeley.
News: Penn Energy

11 February 2015: The US National Academy of Scientists (NAS) has released a report recommending government-sponsored research in geoengineering to counter the effects of global warming, stating that more needs to be down now to reduce emissions. The study assesses the potential impacts, benefits, and costs of two different proposed classes of climate intervention: (1) carbon dioxide removal and (2) albedo modification (reflecting sunlight). Curbing carbon emissions was found to be the best way to combat the global climate problem.
News: Nature World News; Tech Times

15 February 2015: The leaders of three political parties in the United Kingdom (UK) - David Cameron, Ed Miliband and Nick Clegg - have signed an unusual cross-party pledge to combat climate change whatever the result of the May general election. The leaders agreed to stick to the UK’s goal of slashing carbon emissions, to phase out all coal-fired power plants without carbon-capture equipment, and to work on making a global climate deal to be signed this year legally binding.
News: Financial Times; Reuters; Oman Tribune; Huffington Post

Shell CEO urges industry to speak up in climate debate

19 February 2015: Royal Dutch Shell CEO Ben Van Beurden says that it is time for the oil industry to join the debate over climate change. Shell has long advocated for a price on carbon, but in a speech Thursday in London he took the message farther by saying: “The world’s energy needs will underpin the use of fossil fuels for decades to come. So, rather than ruling them out, the focus should remain on lowering their carbon emissions. Three things are crucial to achieving that goal. “Firstly, a shift from coal to natural gas. When burnt for power, gas produces half the CO2 coal does. Secondly, carbon capture and storage. CCS fitted to power plants can be a real game-changer.”
News: The Guardian; The Energy Collective; Financial Times