CCS is everyone’s business in Norway 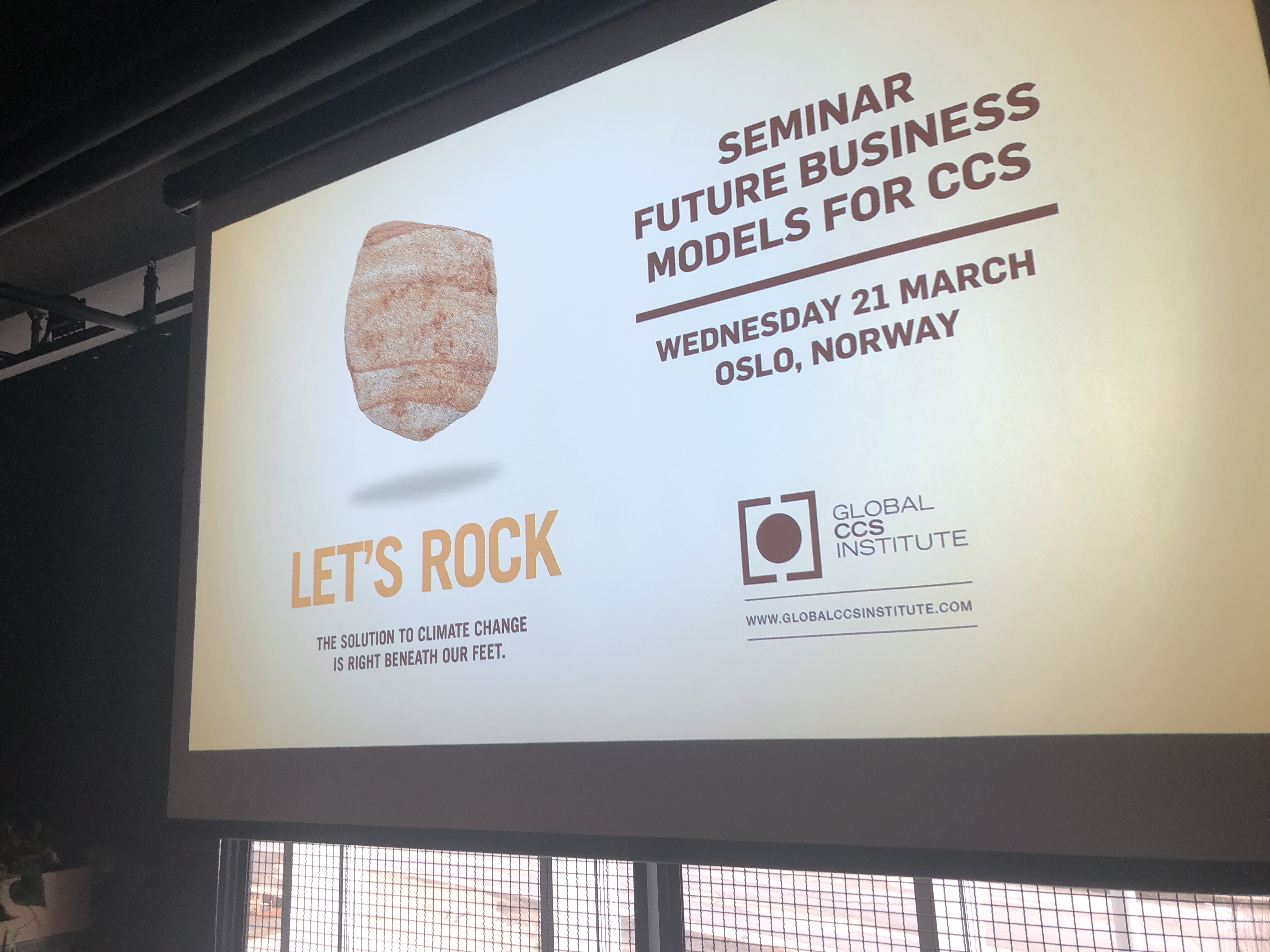 There is no doubt that there is increasing momentum for carbon capture and storage (CCS) in Norway, with the country poised to play a pivotal role in accelerating the deployment of this technology. With the development of the Norwegian full-scale CCS value chain, Norway has the opportunity to demonstrate how CCS can drive decarbonisation of its industries while creating important economic value, green jobs and new energy opportunities.

On March 21-22, the Global CCS Institute organised a series of a major symposium accentuating Norway’s CCS leadership position and its roadmap for the future.

These are decisive times for CCS in Norway. In fact, the next few months will be crucial. The Norwegian Parliament is due to reach a decision in May regarding the next phase of the full-chain project and its funding.

By hosting a Seminar and a CCS Safari in Norway, the Institute’s objective was to inspire CCS action and support efforts in showcasing the importance of Norway’s leadership in embracing CCS deployment. It is poignant that Norway’s two large-scale CCS facilities, Sleipner and Snøvit, have more than 30 years of operational excellence combined, giving the country CCS “pioneer” status.

The two Institute-led events went way beyond Norway’s borders and reached many industries and sectors.  The Institute welcomed 70 delegates from leading organisations and authorities across the full CCS spectrum. This included representatives from industry, academia, trade unions, NGOs and government authorities. Delegates attended from Belgium, Netherlands, the UK, Sweden, Turkey, Japan and the United States. 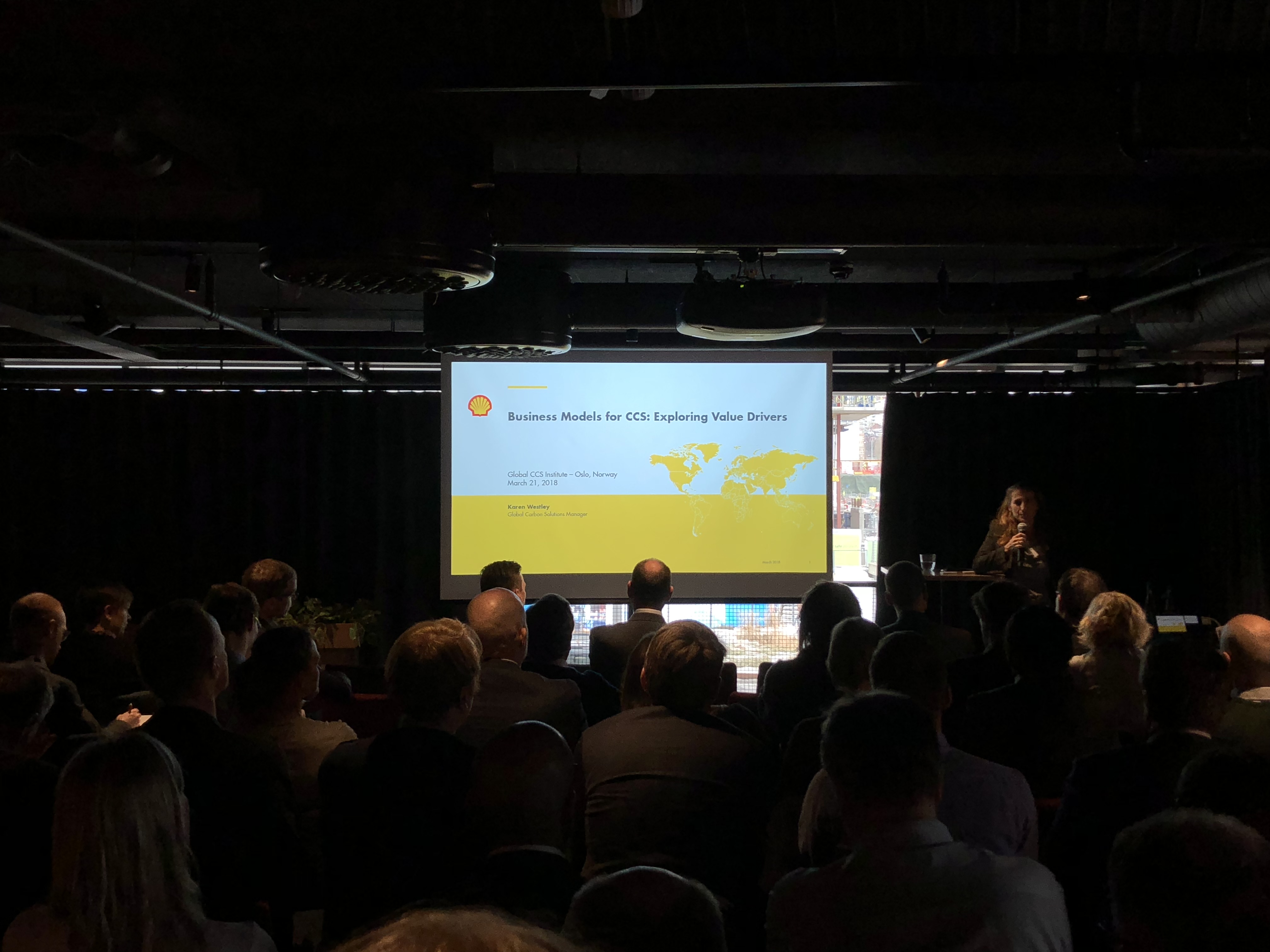 Speaking at the Institute’s event, the Norwegian Minister for Petroleum and Energy, Terje Søviknes, stressed the importance of CCS in meeting Norway’s climate ambitions.  Minister Søviknes’ attendance was a positive signal for the CCS community, both in Norway and globally; especially in this critical phase of the Norwegian full-chain project. The Minister emphasized the value of increased collaboration between industry and government authorities. 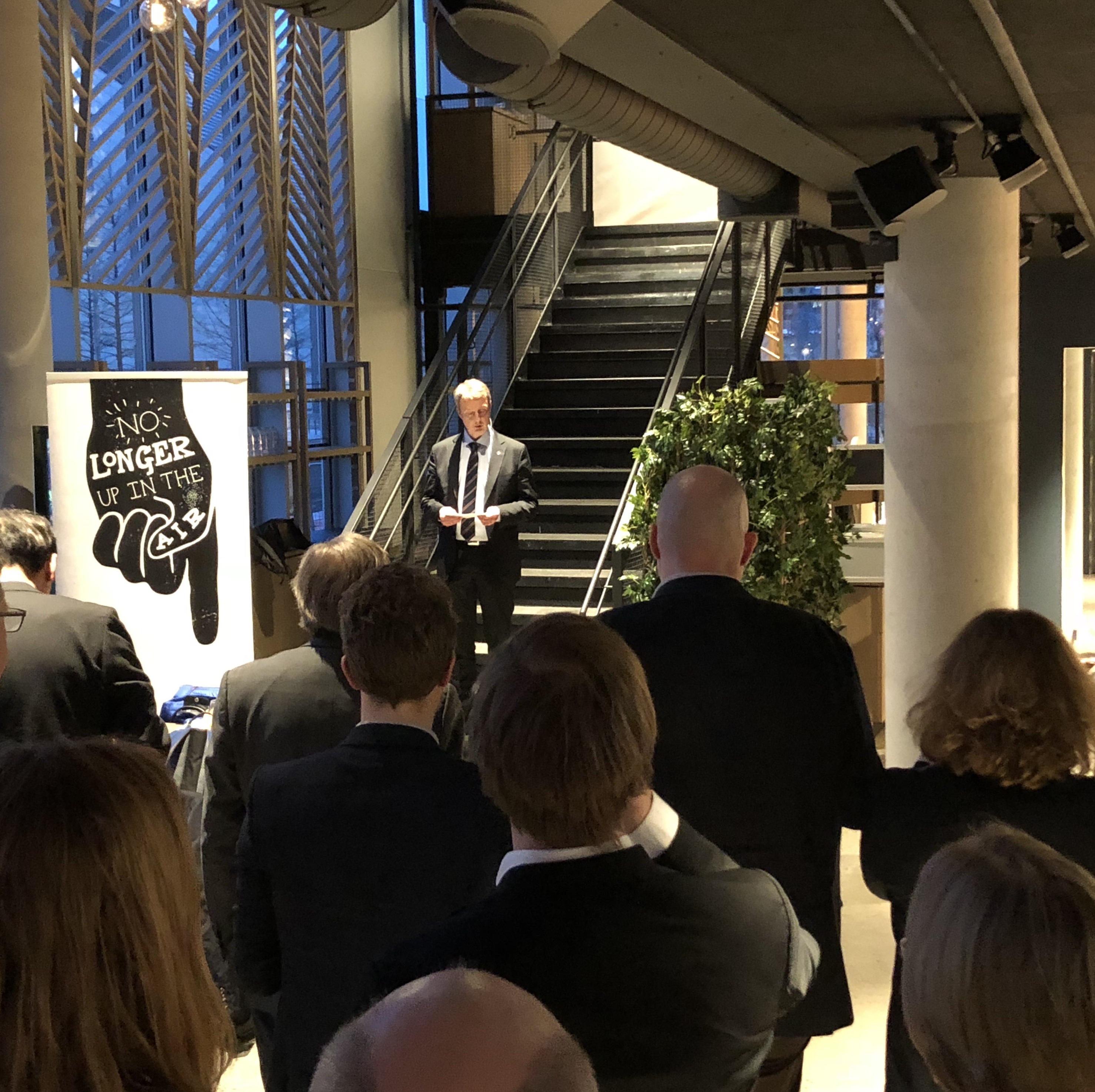 The Institute also welcomed the Norwegian State Secretary for Climate, Atle Hamar. During his address, Mr Hamar explained the need for climate policy to go hand-in-hand with green business opportunities and acknowledged the importance of CCS in achieving global climate targets.

Trude Sundset, CEO of Gassnova, delivered a strong message on the enormous value of Norway’s CCS project. Sundset explained the project would not only mitigate climate change but create business development opportunities and further cost reduction for future CCS projects.

“The problem with CCS isn't that the technology is expensive, it is about finding ways to finance it. There is a pressing need to reduce costs and allow risks to be shared between industry and government,“ said Sundset.

The Seminar went beyond discussing Norway’s role in accelerating CCS. In addition to sharing learning and development of CCS in Norway, the event also showcased speakers from different regions of the world including Japan, Ireland and the United States.

Speakers in the first session of the Seminar discussed industry value and existing business models for CCS globally.

CCS around the world

Yoshihiro Sawada from Japan CCS Co Ltd gave an overview of Japan’s first full-chain CCS project. The Tomakomai CCS facility  is evaluating the reliability and viability of a full-chain CCS system for eventual deployment of the technology in 2020.

Shell’s Carbon Solutions Manager, Karen Westley, presented key value drivers for CCS, stressing the importance of finding market makers to deliver economies of scale for CCS. To achieve this, development of hubs and removing risks for the industry would be essential. Westley added that stability in policy and stakeholder acceptance are currently among the main challenges for the deployment of CCS.

Hydrogen was also a hot topic at the Seminar with one of the sessions focused exclusively on its potential as a low-carbon energy solution. The application of hydrogen could help decarbonise several industries as well as power, heating and transportation.

During his presentation Lamberto Eldering from Statoil conveyed how hydrogen is a possible solution for ‘hard to decarbonise’ energy systems.  He stressed how carbon storage could also be an opportunity to kick start a new hydrogen-based economy.

Brian Murphy from Ervia presented the latest developments of a possible CCS project in Cork. He highlighted the enormous potential for a CCS industry cluster in Ireland. Ervia’s project aims to capture CO2 from two gas-fired power stations in Cork. This would help decarbonize electricity at-scale and ultimately help Ireland achieve its climate targets.

After an afternoon and evening of insightful discussions on all things CCS, Seminar delegates joined the Institute for a ‘CCS Safari’ on the following day.

It was time to experience CCS in a new way. Three industrial plants opened their doors allowing participants to discover the future of CCS in Norway.

The first stop was Fortum Oslo Varme’s waste incineration plant at Klemestrud, followed by a visit to Norcem’s cement plan in Brevik and Yara’s ammonia plant on Herøya. Along the way, Gassnova also opened its headquarters for the participants to delve further into different key aspects of CCS in Norway.

These tours gave participants the unique opportunity to visit three ambitious CCS projects from a mix of different industries and emission sources.

During the tours, participants saw first-hand the incredible potential of Norway’s projects. For each of the three sites, participants had the opportunity to discuss with the teams responsible for deploying CCS in their respective plants. 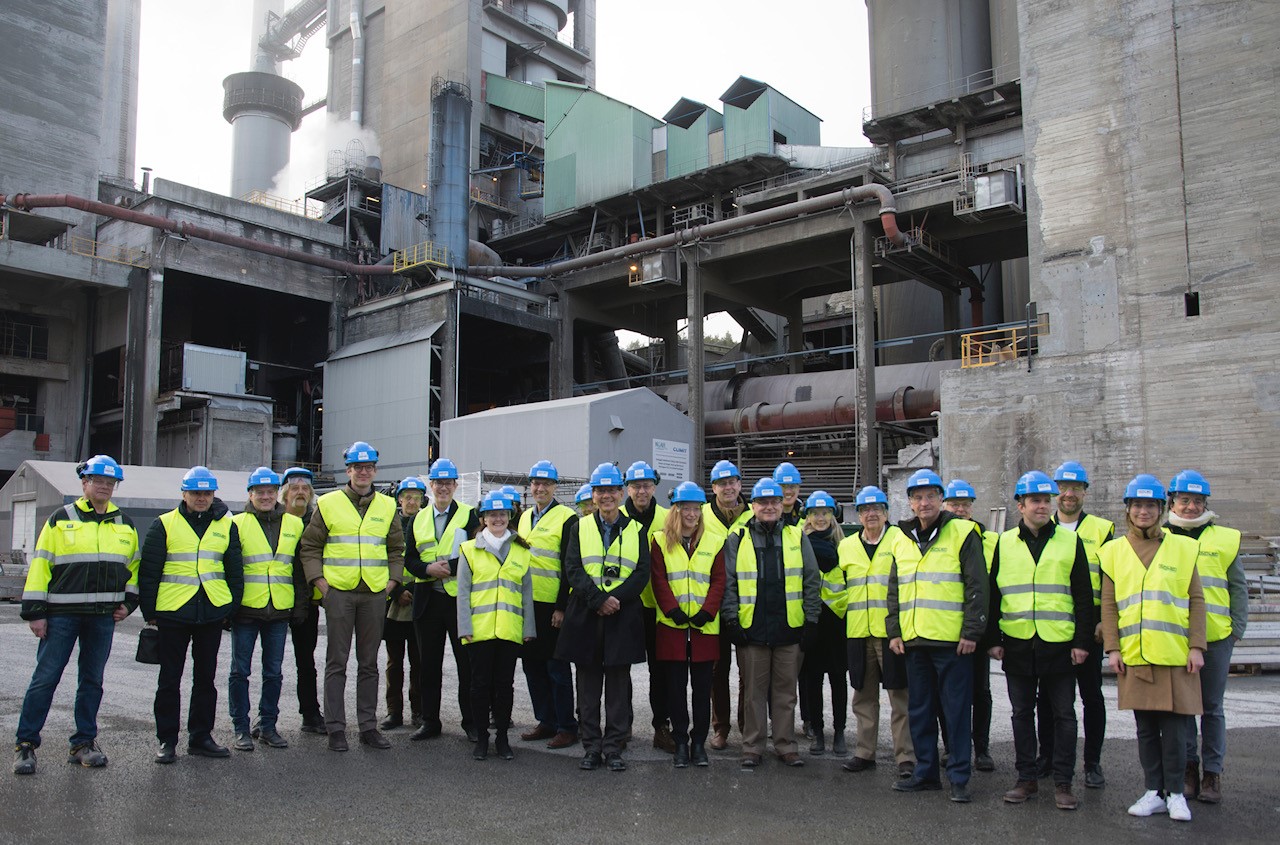 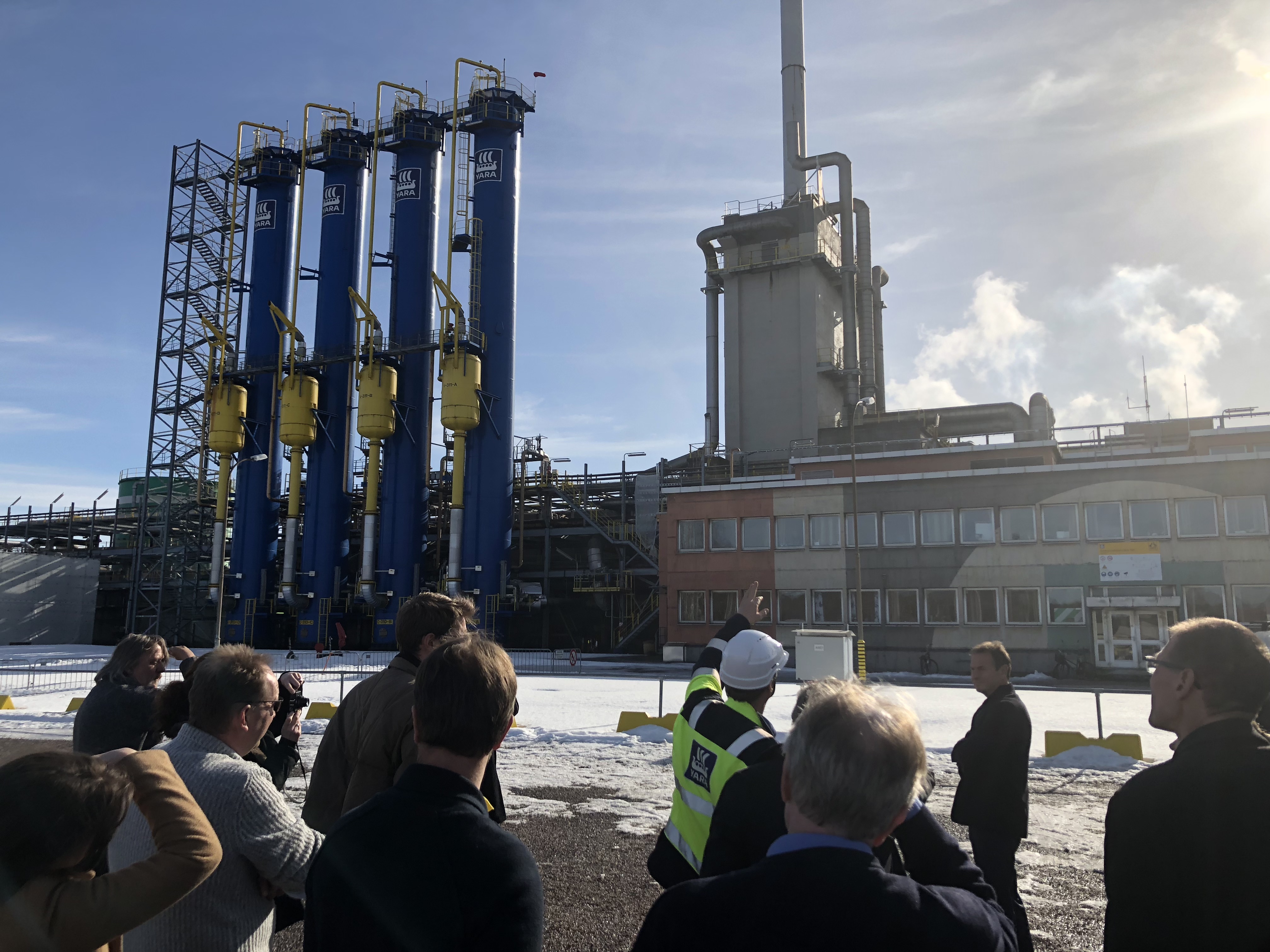 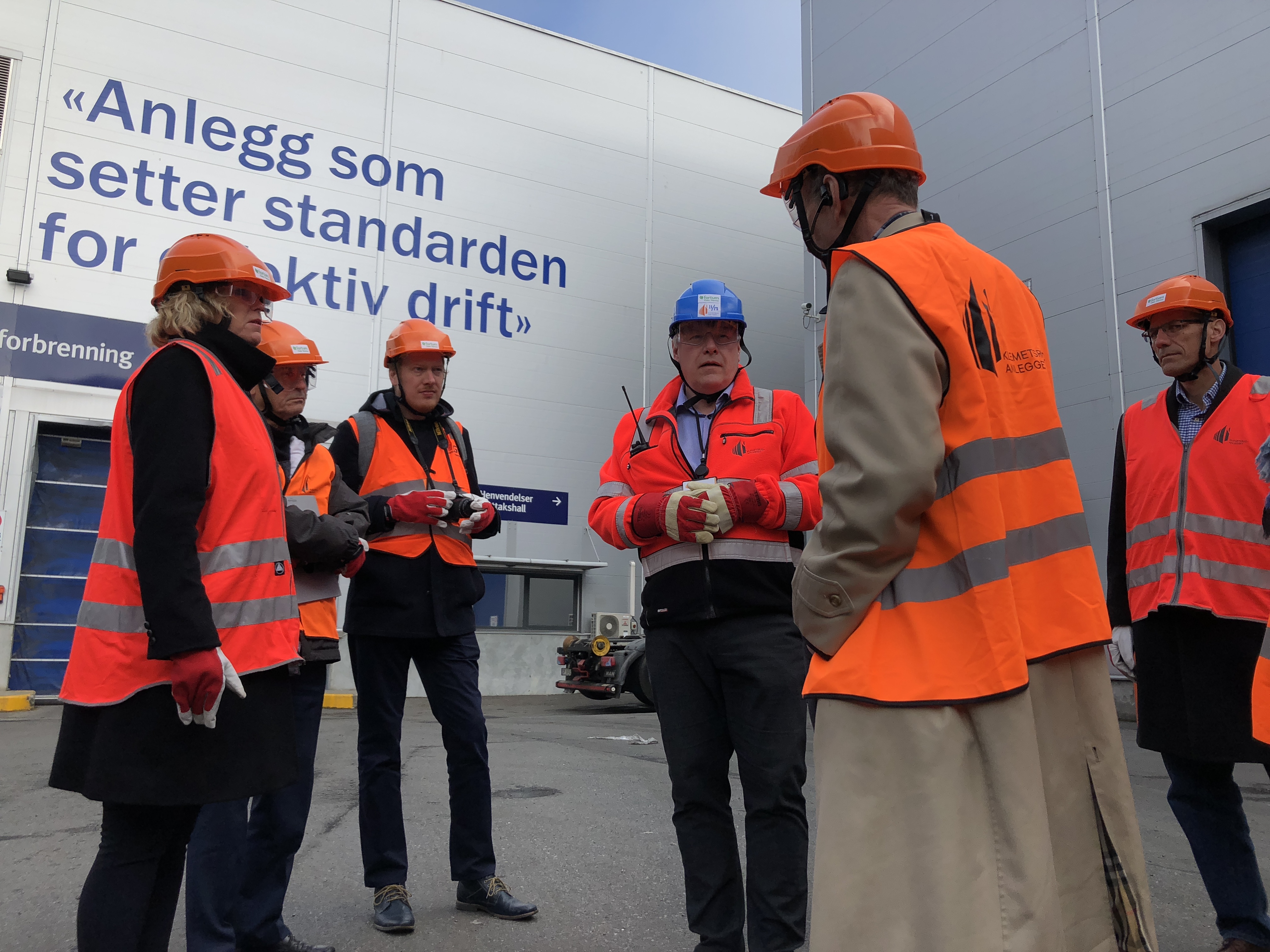 Kick-starting a new energy economy in Norway and globally

After visiting the three industrial facilities, it is clear that there is a strong interest from the industrial operators to make CCS happen and contribute to meeting climate targets. The CCS full-chain project will also have great economic benefits for local communities. It has the potential to kick start a new CCS industry for Norway as well as providing sustainable employment opportunities. .

One thing is certain. In Norway, CCS is everyone’s business. CCS can be part of the solution for industrial emissions in Norway and globally. The transfer value of the Norwegian projects to industry worldwide is key when driving down the costs and developing business models for this game changing technology. It can also be the foundation for a sustainable low-carbon economy. We look forward to seeing the next developments for CCS in Norway.