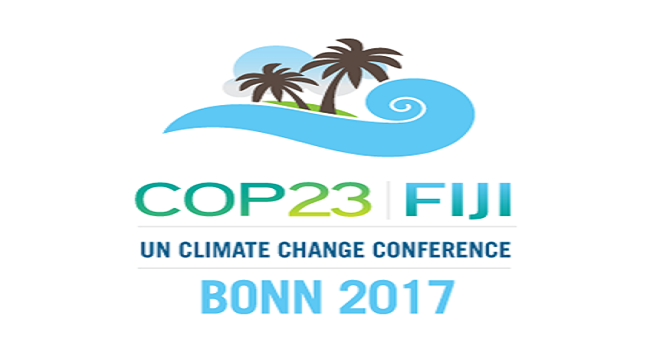 The ‘small island state’ of Fiji will be presiding over COP23. This strongly signals the importance of including all nations – both large and small – in the implementation decisions of the Paris Agreement. Some 155 Parties have now submitted their first Nationally Determined Contribution (NDCs) pledges in support of the Paris agreement (see http://www4.unfccc.int/ndcregistry/Pages/Home.aspx). This is important as Parties who ratify the Paris Agreement can engage in its decision-making processes. This still includes the US despite its recent announcement to withdraw from the Paris Agreement – which is expected to take effect from 2020 onwards. The resolve of the rest of the world to see the Paris Agreement implemented continues to remain firm, and so negotiations will meaningfully continue in earnest over the next three years up to its start date in 2020.

The focus of these negotiations will be on two fronts: firstly, making demonstrable progress on the implementation of the Paris Agreement (as adopted in 2015) for the post 2020 climate regime; and secondly, providing an international platform to showcase global climate actions and technologies.

In regards to the Paris Agreement, the adoption of an implementation ‘rulebook’ is not expected to be formally considered for decision by Parties until COP 24 in 2018; and so much of this year’s negotiations will likely be spent on bedding down concepts and recommending concrete proposals where possible. This will likely include a continued effort to ensure the transparency and integrity of national pledges as characterised in NDCs (and INDCs), as well as preparation to track the collective progress towards the climate goals under the facilitative dialogue in 2018 and global stock-take in 2023.

Normal COP business will include matters under the Convention and the Kyoto Protocol such as the development and transfer of technologies and implementation of the Technology Mechanism. This is largely given effect through the work of the Technology Executive Committee (TEC) and the Climate Technology Centre and Network (CTCN) to which the Institute is a network member. Of particular interest this year will be the formal review of the CTCN’s effectiveness after more than five years of operation. The Institute’s John Scowcroft has just been elected the private sector representative on the CTCN’s Advisory Board.

There is no specific COP23 negotiating issue that directly includes CCS. The two outstanding issues on CCS in the Clean Development Mechanism (ie transboundary movement of CO2 and establishment of a general reserve) have now been resolved. There are still many agendas that can and will affect the ability of CCS to be deployed at scale into the future. For example, Article 6 of the Paris Agreement is about market and non-market mechanisms (i.e. carbon trading, carbon taxes, subsidies etc). In this regard, the Institute advocates for the inclusion of CCS in all mechanisms – be they governed by or external to the UNFCCC – in a manner that does not disadvantage or discriminate against it. Another agenda (among many others) being pursued by Parties, and that can influence the future deployment of CCS, is called ‘Response Measures’. It includes the issues of ‘economic diversification’ and a ‘just transition’ of the workforce – these discussions typically revolve around the future of fossil based resources, sectors and labour markets. A further example of an emerging debate in the negotiations is ‘conflict of interest’ – where some (not all) civil society NGOs are increasingly voicing opposition to business sector participation in the UNFCCC meetings. This could materially affect how UNFCCC resources are allocated (or not) to technology solutions such as CCS (given its predominately fossil feedstock applications) by restricting the scope of operations of organisations like the Green Climate Fund (GCF).

The Institute will outline its campaign plans for COP23 a little closer to the date, but at this stage we are planning on hosting three side-events – one to showcase CCS in Norway in collaboration with Sintef and Gassnova (UNFCCC application currently pending), another to highlight CCS in Canada, and another on the importance of policy to unlock the mitigation potential of CCS. It will also report frequently and insightfully on the progress made during the two weeks of negotiations. The Institute’s CEO, Brad Page, will also be attending COP23 for most of the two weeks. If you would like to contact the Institute to discuss any COP related matter, or to collaborate at COP23, please do not hesitate to contact Mark Bonner, Program Lead – Climate Change or John Scowcroft – Executive Advisor.