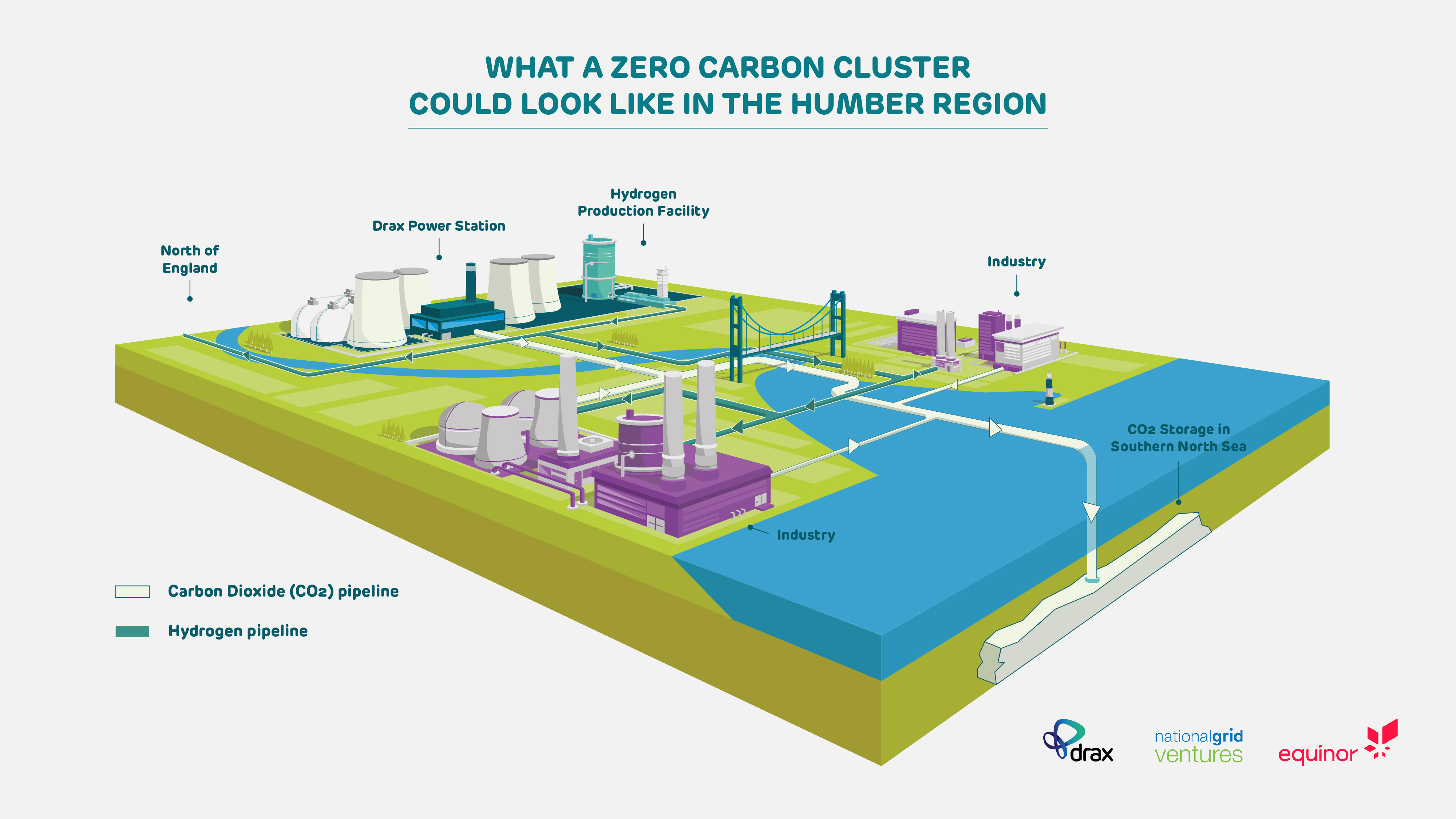 Drax Group, Equinor and National Grid Ventures have signed a Memorandum of Understanding (MOU) committing them to work together to explore how a large-scale CCUS network and a hydrogen production facility could be constructed in the Humber region of the UK in the mid-2020s. This is the first significant action from industry since the UK Committee on Climate Change (CCC) recently published its Net Zero report, which found that CCUS and hydrogen technology developed in regional industrial clusters is essential if Great Britain is going to achieve a ‘net zero’ carbon economy by 2050. The partnership could lead to the Humber becoming the world’s first net zero carbon region and home to a new world leading hydrogen economy.

Commenting on the partnership, Will Gardiner, Drax Group CEO, said: “With Drax’s carbon negative power station, the Humber region could lead the world in new technologies that can deliver for the climate and the economy, helping to create a cleaner environment for future generations whilst creating new jobs and export opportunities for British businesses”

Irene Rummelhoff, Equinor’s executive vice president for marketing, midstream and processing, commented: “We are pleased to be partnering with Drax and National Grid Ventures in looking at how the Humber region can be a launch pad for wider decarbonisation in the UK economy and be an example for others to learn from. Globally we must see substantial decarbonisation of industry and energy in the years ahead, and we believe CCS and hydrogen must play a significant role in this.”

Jon Butterworth, Chief Operating Officer, Global Transmission, for National Grid Ventures, said: “We have seen rapid progress in decarbonising energy through established technologies such as wind power, solar and electricity interconnectors. CCUS and hydrogen create a new pathway to greater decarbonisation of the energy system and provide a platform for decarbonising other areas of our economy, which will be to the benefit of current and future generations.”

Drax Power Station in North Yorkshire is already capturing a tonne of carbon dioxide a day from its innovative bioenergy carbon capture and storage (BECCS) pilot project. If it is scaled up it could serve as the ‘anchor’ for a regional CCUS network capturing millions of tonnes of carbon each year from nearby industrial emitters.

The consortium has the collective expertise and credibility to deliver on the CCC recommendation for large-scale trials of hydrogen, development of CCS transport and storage infrastructure, and the deployment of BECCS at scale.

A study outlining the technical, economic and societal opportunities for CCUS and hydrogen in the Humber region will be published by the partners later this year.

This press release was authored by Drax Group.