Over 100 delegates gathered on Thursday 20 June in Brussels’ Schuman district, home of European Commission, to hear how carbon capture storage and utilisation (CCS and CCU) can support Europe’s transition towards a climate neutral economy.  The event was held on an important day for climate discussions in Europe as it coincided with EU Member States debating whether to back a carbon neutral target by 2050.

This timely session was hosted during the EU Sustainable Energy Policy Conference, one of the most important European events dedicated to sustainable energy policy issues. The session, titled “CCS and CCU for a climate neutral Europe”, was jointly organised by the Global CCS Institute, ZEP, and CO2 Value, brought together researchers, industry leaders and representatives from Europe’s largest sea ports and industrial hubs. Participants had the opportunity to hear about CCS and CCU plans and projects across Europe as well as current CCS and CCU related research. 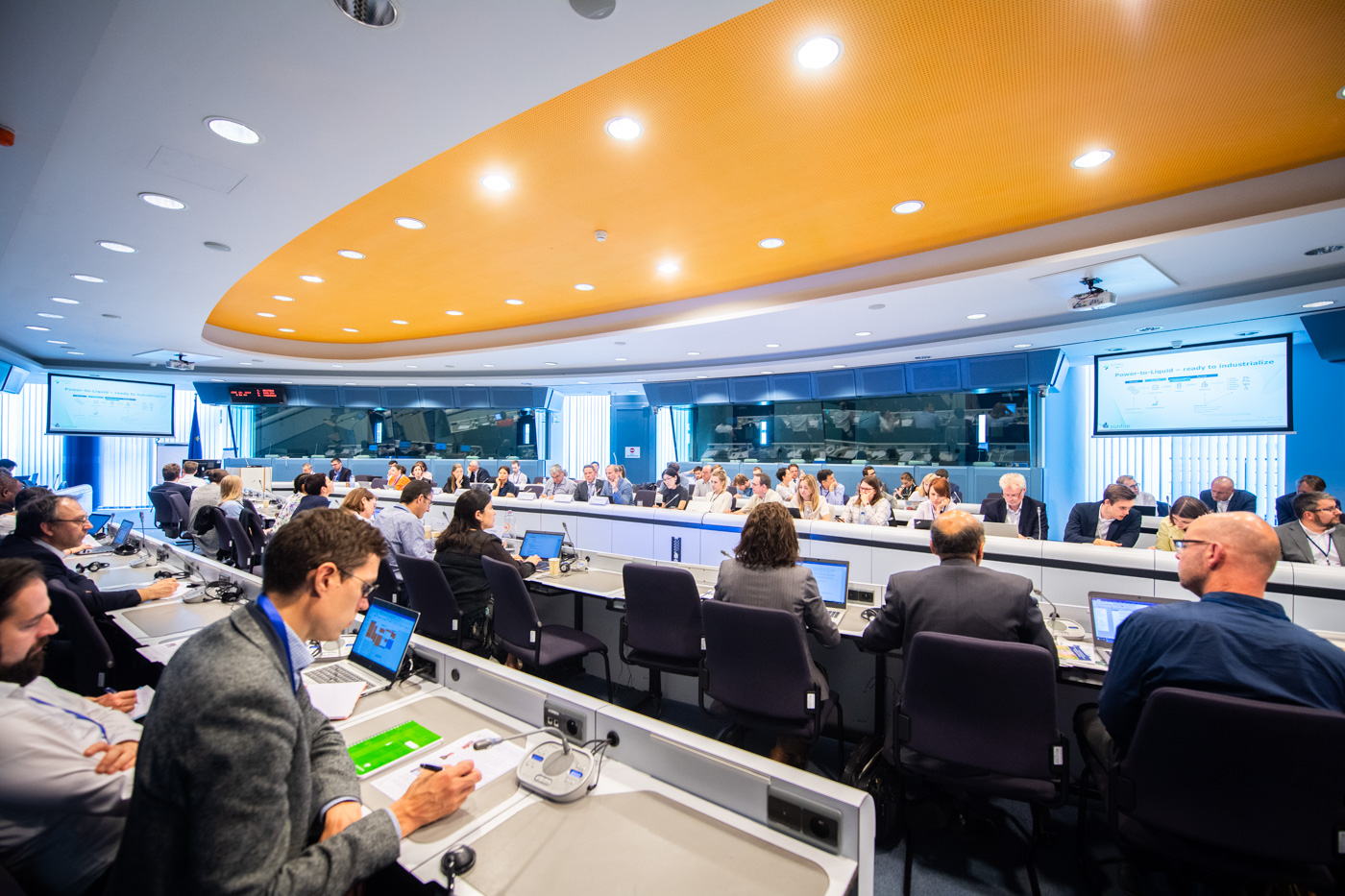 The session presented CCS and CCU as complimentary solutions; both essential to driving industrial decarbonisation and tackling the immense challenge of reaching net-zero emissions.  Opening the session, Guloren Turan, General Manager for Advocacy at the Global CCS Institute, began by highlighting the important role of CCS in the European Commission’s long-term climate strategy, while stressing that the deployment of both CCS and CCU should not come at expense of other mitigation options including wind, solar and energy efficiency.

Turning to CCU, Damien Dallemagne, Secretary-General of CO2 Value, told participants that interest around the utilisation of CO2 is relatively new. He explained that CO2 utilisation covers a diverse set of technologies and valuable products, which jointly with CO2 storage can be part of the solution and contribute to global emissions reductions.

Representing ZEP, the advisor to the European Commission on the research, demonstration and deployment of CCS and CCU, Helen Bray, stressed that discussions around the two sets of technologies have evolved to focus on shared value chains. In Europe, this new context also brought forward a new role for CCS, one that goes beyond its power sector application to its ability to support the decarbonisation of industry, heating and the production of hydrogen.

During these opening remarks, there was also a clear call to action for more political support for both technologies and its relevant infrastructure. ZEP’s representative Helen Bray explicitly urged Energy Ministers to take a positive stance on CCS and CCU in the conclusions of the upcoming Energy Council meeting.

Discussions at the event also focused on the potential for CCS and CCU to play a significant role in supporting the energy transition of major European industrial hubs, with the opportunity to create common shared infrastructure to decarbonise European industry clusters.  The session featured visionary CCS and CCU projects at the forefront of the clean energy transition and the industry players leading these projects. Europe’s second largest seaport Port of Antwerp, the PORTHOS Rotterdam CCUS Project and CO2TransPorts were all represented at the event.

Presenting the candidate Project of Common Interest, CO2TransPorts, Tim Bertels, Project Director for the Rotterdam CCUS Project, showcased an inspiring example of collaboration. CO2TransPorts is a partnership between three sea ports; the Port of Antwerp, North Sea Port and Port of Rotterdam. Together, these three industrial clusters emit 60 to 70 million tonnes of CO2 per annum, half being industrial emissions. To face this challenge, Europe’s three most important ports have come together and found synergies on how to best tackle CO2 emissions. Under the CO2TransPorts project, the ports are working to develop common CCUS infrastructure with an open access CO2 transportation service for CO2 capture sites in the three sea port locations. The project will capture and safely store 10 million tonnes of CO2 per year in storage sites in the North Sea.

Participants also had the opportunity to hear about the Porthos Rotterdam CCUS project which aims to develop an open access CO2 transport and storage network to safely capture and store five million tonnes of CO2 per annum, which is the equivalent of removing 1.5 million cars from the road.  Led by three state-owned parties EBN, Gasunie and Port of Rotterdam, the project can also take in CO2 emissions from Belgium and Germany. Presenting his project, Tim Bertels highlighted the importance of public-private partnerships to successfully deliver these plans and noted that several companies have already expressed interest in being part of the project to deliver their CO2. Porthos is expected to be ready for FID by late 2020 and operational by 2023.

Responding to the overall concern on the costs of CCS, Tim Bertels questioned its relevance saying:

“When it is being said that CCS is expensive, I always say no. It is capital intensive because you always do it at large-scale, but it is not expensive when compared with other decarbonisation options.”

Bertels highlighted that the cost of CCS can be less than 100 euros a tonne in certain applications. The Porthos project lead added:

“There is the potential to significantly reduce carbon capture unit costs and obtain a value for the expertise of CCS hub development. Nothing beats doing. If you start delivering a hub and running into all the learnings that you gain by doing that, this will be very valuable for replication of projects in Europe and globally.”

Finally, from the Belgian region of Flanders, the representative of Port of Antwerp Anne-Frédérique Demaerel gave an overview of how the Port authority plans to successfully transition to a low-carbon future.  The Belgian Port is an important economic driver for the country, hosting over 143,000 jobs and 900 companies mainly chemical companies and oil refineries.  The Port is developing its plans to build a carbon neutral port, in which both CCS and CCU will play an important part of the transition. The Port is also currently involved in two EU Projects of Common Interest to develop CO2 networks, Northern Lights and CO2TransPorts; this to secure access to CO2 storage locations.

Recently, SINTEF and IFP Energies Nouvelles finalised a pre-study identifying existing knowledge for generation and distribution of low-emission energy carriers including hydrogen in Europe. At the event, Gunhild Reigstad, Research Manager at SINTEF, presented the study findings on how CCUS can support the scale-up of low-carbon hydrogen production. SINTEF found that strategic integration of hydrogen production with CCS in industrial clusters can reduce the cost of decarbonisation. Their research also revealed the potential for reducing Europe's greenhouse gas emission by use of clean hydrogen is more than 800 Mt CO2 per year in 2050. This highlights the strategic role that hydrogen can play in decarbonising key sectors of Europe’s economy.

Turning to the cement industry, Rob van der Meer from Heidelberg Cement, emphasised the value of CCS and CCU to reduce carbon emissions from the production process. In order to effectively deliver on ambitious climate targets, he stressed that industry needs policy predictability whilst  remaining competitive in a global market. 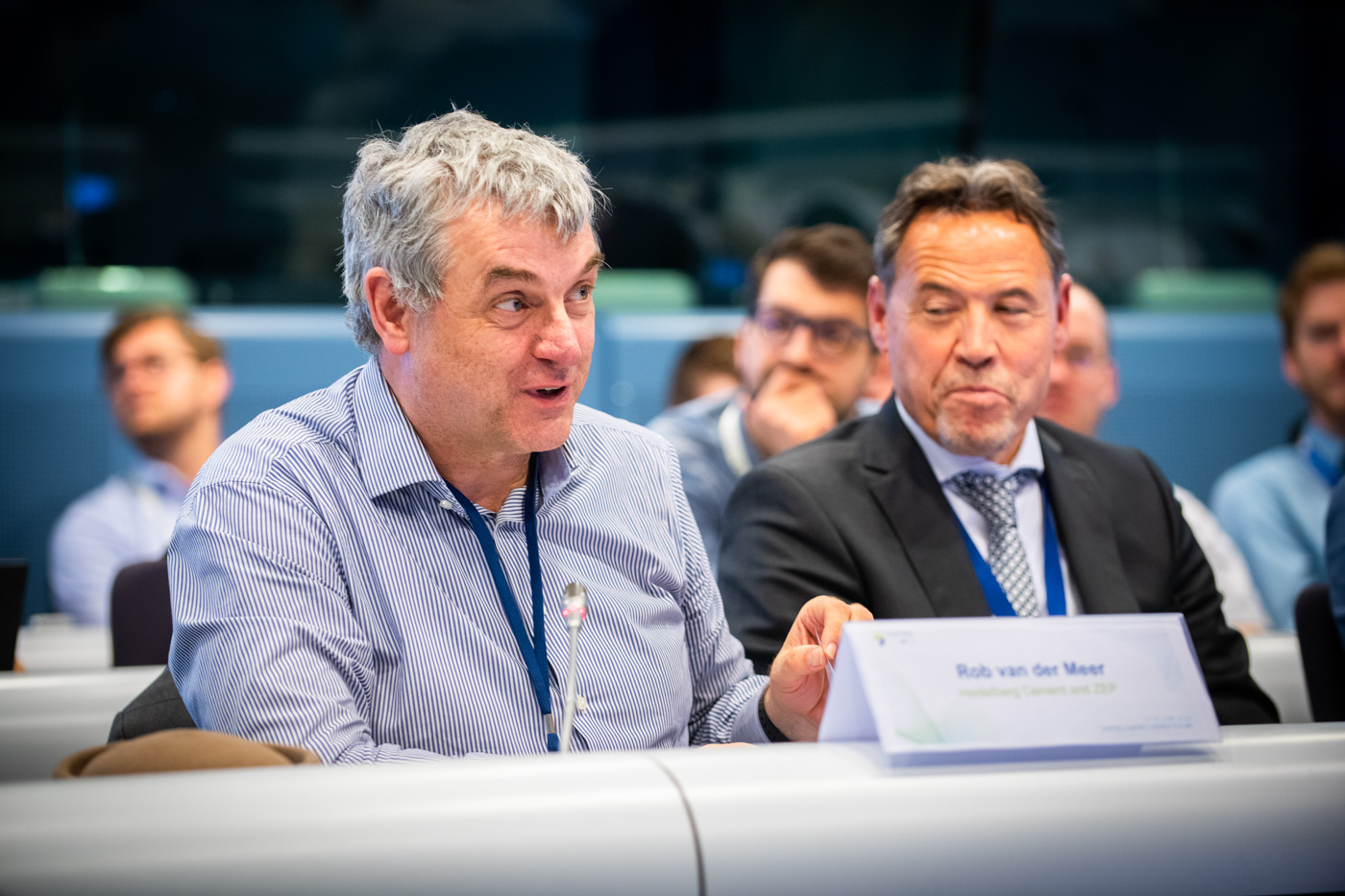 This event is further proof that CCS and CCU are at the forefront of climate and energy policy discussions in Brussels, and across European Member States. The adoption of ambitious climate targets demonstrates that CCS and CCU can support significant emissions reductions in Europe and globally.

We are at a critical juncture as we escalate our efforts towards a sustainable energy transition. There is a unique opportunity for Europe to lead on deploying CCS and CCU to deliver on its ambitious climate targets and pave the way for further, global progress. The door is open, it’s time to take a stand.