International policy makers are increasingly viewing CCS technology as an appealing climate change mitigation option. However, as yet there is no overarching international agreement or regulatory framework governing the 'full-chain' of CCS activities, either onshore or offshore.

1. EU Directive on the geological storage of CO2 (2009/31/EC)
EU Member States have an obligation under EU law to transpose the provisions of the CCS Directive into national law and must communicate the text of any such laws and other administrative measures to the European Commission. The deadline for communication specified in the Directive was 25 June 2011. 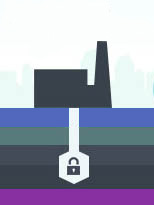 Property rights in relation to CCS

The concept of property is concerned with the ownership of tangible or intangible things. Property rights can be conceived of as a bundle of rights that include, in addition to the right to own, the right to use and the right to enjoy. Property law comprises the rules and principles governing these proprietary rights. Legal principles concerning property often vary between different national and sub-national jurisdictions, but there are common concepts and questions that need to be asked when dealing with CCS issues.

Law uses the term 'property' in a number of different ways. 'Real property' refers to property of the land and anything growing on it, attached to it or built on it. Real property includes the physical property of the land, such as soil, and fixed assets such as buildings. More importantly, it includes legal rights concerning the land, such as a right of way or the right to extract minerals. Private property can refer to tangible assets over which the owner has exclusive and absolute rights, such as the wellhead equipment at a CO2 injection operation. The last is public property, which is not restricted to any one individual's use or possession and is owned by a public body. Intellectual property comprises commercially valuable products of the human intellect, such as a patentable capture technology. Though relevant to the commercial development of CCS, it will not be discussed in this section.

Property rights are a key legal aspect of CCS operations. Determining property interests at a storage site is essential to acquiring the necessary surface and subsurface rights for injecting and storing CO2 in the target geological formation. Where CO2 is transported to the site by pipeline, property rights for constructing pipeline infrastructure must also be considered. The process by which property rights are granted to an operator can affect the cost of the overall CCS operations. Establishing how these rights are acquired, maintained or transferred over the lifetime of the project has implications for managing the liability for CCS projects. Liability for CO2 during the active injection phase of a project generally lies with the operator, who must have a right to store in the subsurface formation into which the CO2 is being injected. The right to this storage plus the stored CO2 must follow the entity that takes on the long-term stewardship of the storage site, whether it remains with the operator or is handed over to the state.

The legal treatment of property rights for CCS is frequently based on regimes governing property rights for natural resources. Mineral rights regimes are of particular interest given the analogous nature of oil and gas operations to CO2 transport and storage activities. Water rights are also pertinent since underground saline formations have significant potential for large-scale storage.

What are the key applicable laws and principles?

Historically, real property rights were based on the traditional principle that the owner of a piece of land owns everything above it and below it to an infinite extent. (This is the Cuius est solum, eius est usque ad coelum et ad inferos maxim, meaning 'whoever owns the soil, it is theirs up to Heaven and down to Hell' normally called the 'ad coelum doctrine'.) Thus, the owner of a piece of land would have exclusive rights to the surface and also any subsurface mineral interests. A mineral interest constitutes the rights to search for, develop and remove minerals from the subsurface. The surface estate includes all the rights to the real property of the land excluding the mineral interest. It can include subsurface substances not deemed to be minerals, such as gravel or water resources.

Property rights have evolved, and often the mineral interests have become separated from the ownership of the surface either through outright sales or a lease, resulting in different owners of each. In many jurisdictions, such as Australia, many countries of the European Union and Latin America, the mineral interest is vested in the state, resulting in no private ownership of minerals. In these jurisdictions, the state grant licences for the exploration and extraction of minerals beneath a surface owner's land. In a country such as the United Kingdom some minerals (coal, gas, gold and silver) have been acquired by the State under legislation, but other minerals remain with the landowner. Conversely, in the United States, all mineral interests in principle are privately held and cannot be expropriated by the state without compensation.

Where mineral rights are in principle vested in the owner of the land but are now held by someone else (either through a sale or a lease), difficult legal questions can arise as to who owns the pore space for storing CCS - the owner of the mineral rights or the original landowner? Similar questions can arise for storage in saline formations, though the ownership of pore space in this type of formation may follow ownership of water resources more generally. In any event, it is likely to be important to look at the precise terms of the sale or lease of mineral interests relating to individual storage sites to determine the exact circumstances.

Property rights in the marine environment differ from onshore. In deciding who owns storage rights below the sea bed, it will be important to distinguish between the territorial waters of a state and the high seas. For further information on offshore property rights and governance see the UNCLOS page.)

Property rights may be acquired through voluntary means, involuntary means or adverse possession. Where land is privately owned, the landowner can decide to sell it or lease the surface or mineral interest to another private entity. Similarly, interests in publicly owned land can be sold or allocated for use to a private entity. In other cases, without requiring the consent of the private landowner, the state may have the power to take private property for its own use or to authorise the use of private property by a third party. Depending on the legal regime, the state may have to compensate the landowner for the property. These involuntary means of acquiring private property have different terms in different jurisdictions: eminent domain, compulsory purchase/acquisition, resumption, and expropriation. Lastly, property may be obtained through adverse possession of another's land for a continuous and uninterrupted period of time.

Also relevant to the discussion of property rights and CCS are the property rights of adjacent landowners in the event of activities that infringe on the property of another. Examples could be unintended migration of CO2 outside a selected storage area or impacts on a mineral resource from injected CO2. A landowner or tenant enjoys protection from illegitimate entry onto or interference with his property. Any wrongful entry on his real property constitutes a trespass. Any activity or situation that interferes with his use or enjoyment of property constitutes a nuisance. The landowner may take legal action to seek to stop an activity deemed to be trespass or nuisance or to recover damages incurred. In the CCS context, some instances of trespass are unambiguous. For example, where mineral and surface interests are severed, unauthorised use of the surface to access the subsurface would be considered trespass. However, in a case where substances injected into the subsurface migrate unexpectedly to neighbouring land, determining whether trespass has occurred is less straightforward.

Despite its silence on how property rights over natural resources and land should be regulated, international law imposes some restrictions on the way a state exploits the natural resources that are either under its sovereignty, shared by multiple states or held in common by all states. General obligations to exercise due diligence and adopt a preventative/precautionary approach in the use of a state's territory are imposed under international law in order to avoid transboundary harm to the territory of other states. States' cooperation in conservation, sustainable utilisation, and environmental protection are also required with respect to the exploitation of shared resources or resources in areas beyond national jurisdiction.

This section considers the legislation around liability in relation to CCS in Europe and Australia.

1. Liability under the European CCS Directive on the storage of CO2

We consider the liability provisions of the EU Directive on the geological storage of carbon dioxide and related legislation:

The Federal regulatory framework for offshore CCS activities is unique in Australia in that it provides mandatory indemnification by the Commonwealth Government for specified long-term liabilities.