Home > Insights > Europe gets ‘onboard’ with CCS

Europe gets ‘onboard’ with CCS 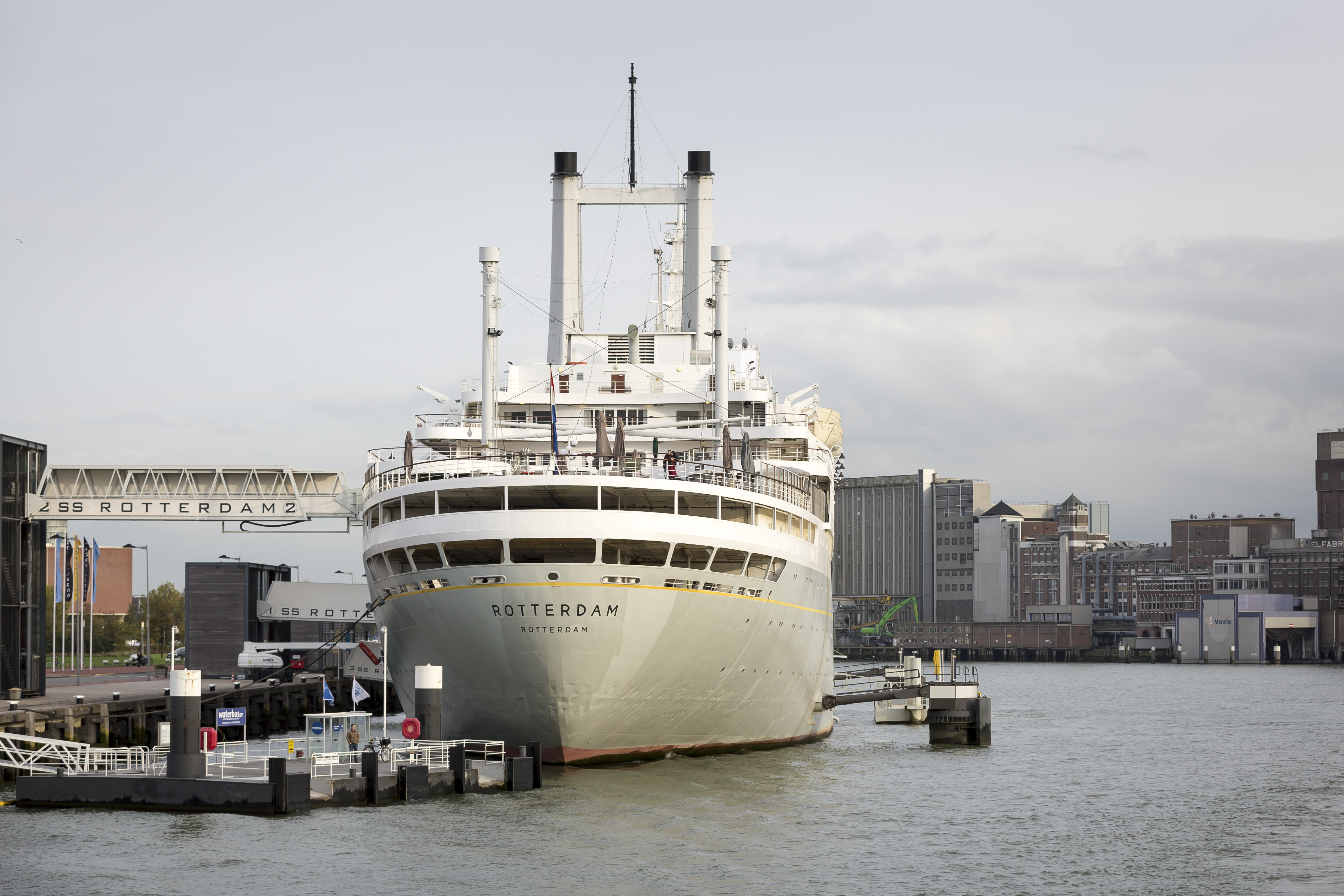 The SS. Rotterdam – a beautifully restored and repurposed 1959 cruise liner that is now permanently moored in the heart of Europe’s largest port – seemed a particularly fitting venue for the 2017 European CCS Forum where reinvention was a consistent theme.

Professor Paul Dougas, the chairman of the Global CCS Institute, kicked off the event on a hopeful note, highlighting Europe's resilience in the face of past setbacks in CCS deployment and the early signs of a renewed, reinvigorate approach to CCS, likely to focus on emission clusters and shared transport and storage infrastructure.

This was followed by an inspiring welcome address from Allard Castelein, CEO of the Port of Rotterdam Authority, who demonstrated why there is renewed cause for hope in Europe. The leader of one of the most heavily industrial areas of Europe, affirmed his organisation's commitment to a sustainable future for the Port. He strongly emphasised their mission to take a proactive approach to tackling climate change whilst ensuring that the Port continues to make a significant contribution to Dutch prosperity and employment. 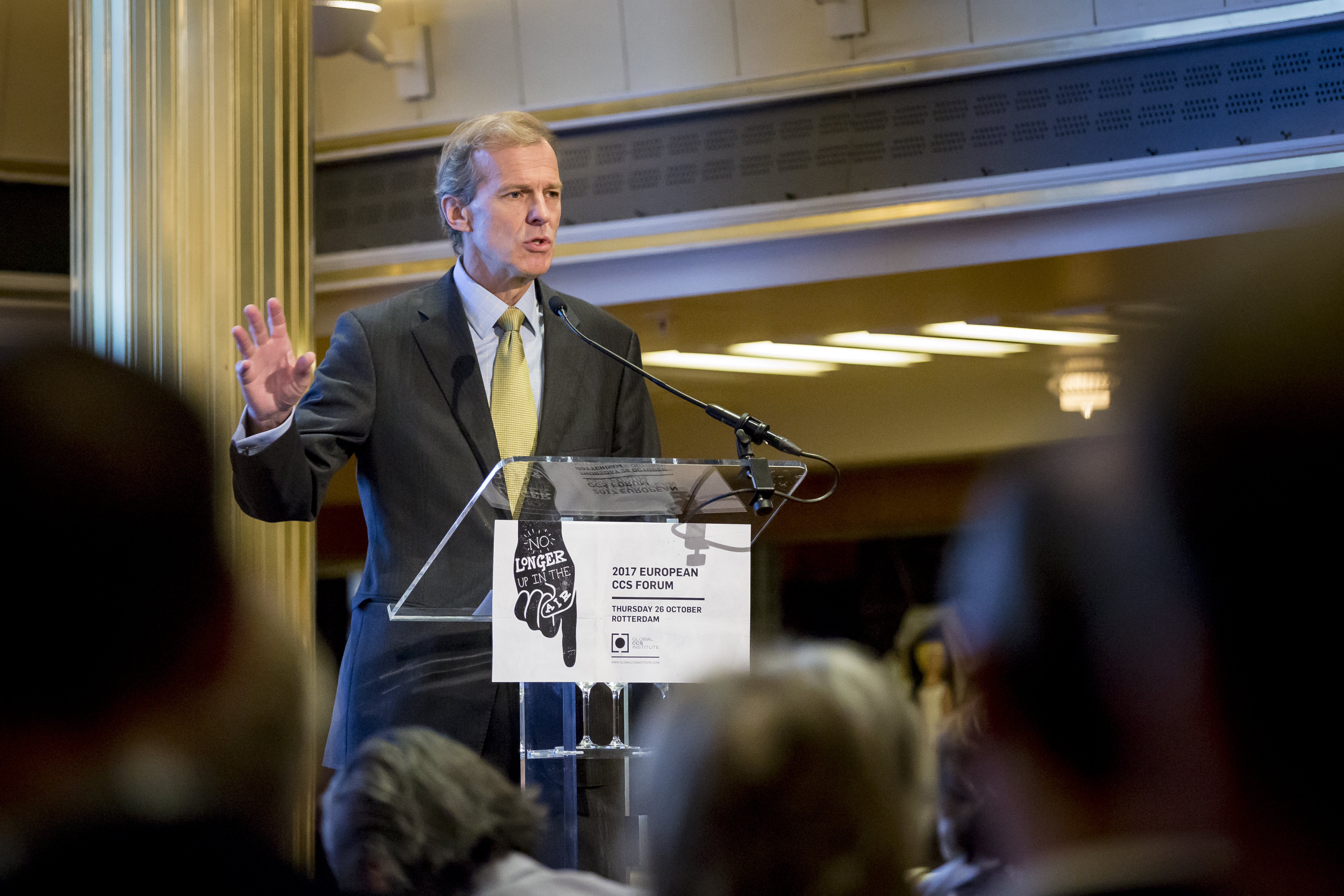 This set the tone for a day of intense, sometimes challenging, discussions from a world-class line-up of speakers. Over 120 delegates actively participated in chaired discussions and small group sessions with some of the active CCS initiatives from across Europe.

(Photo: Allard Castelein, CEO of the Port of Rotterdam Authority, welcomed all delegates to the Port. Photo credit: Richard Theemling)

Session 1: Meeting the Paris Agreement – the importance of CCS hubs and clusters

Dave Turk, Acting Director of Sustainability, Technology and Outlooks at the International Energy Agency (IEA), opened the first session with a detailed look at the very latest IEA data and scenarios work, raising awareness of the increased demand for CCS as a direct result of the Paris Agreement. The presentation was an invaluable resource for those wishing to understand the data that explains why CCS is essential for delivering a 2°C climate scenario and even more of a priority for scenarios that move below 2°C. Moving from data to debate, Dave chaired a lively discussion panel with representatives from the Norwegian, Dutch and Scottish Government and an experienced energy consultant. The panellists introduced the importance of CCS hub and cluster initiatives to their region and/or area of work. There were also interesting discussions around the importance of considering the impacts of CCS within a much wider energy system, the need to invest in infrastructure and challenges on both the recent Norwegian Government budget announcements, and the levels of advocacy and public engagement on CCS around Europe.

Dr Julio Friedmann brought an international flavour to his session with a global overview of CCS developments, followed by a more detailed look at experiences in the US. The Distinguished Associate of Energy Future Initiative and CEO of Carbon Wrangler LLC drew on his previous experience of working in the US Department of Energy to share the thinking behind the US DOE’s National Sequestration Partnership approach to CCS development. These international insights provided a great platform to look more closely at Europe and the type of support and infrastructure required to facilitate a network of CCS initiatives across Europe. 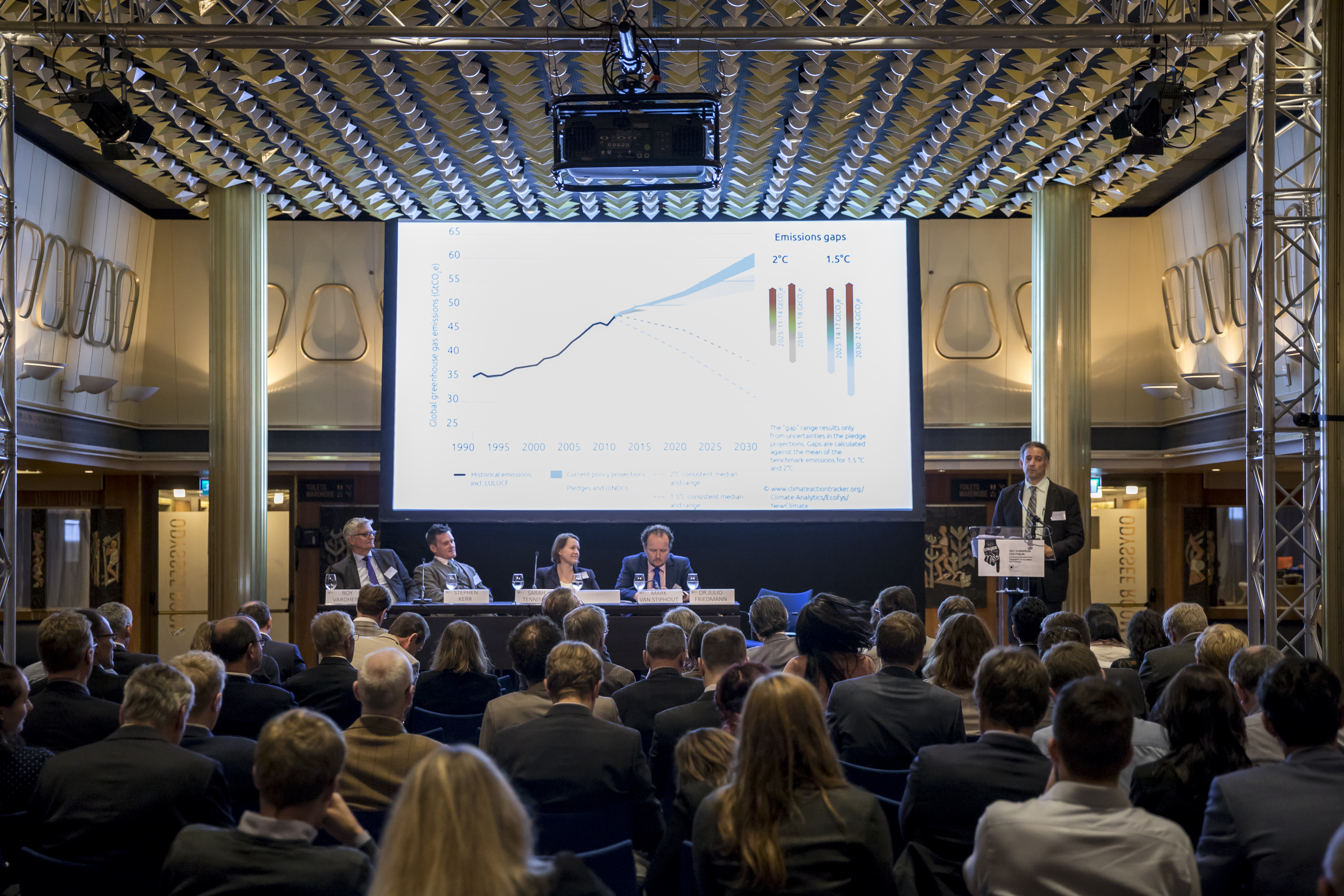 Mark van Stiphout, the Deputy Head of Unit at DG ENER C.2 within the European Commission updated delegates on the initiatives already in place across Europe to encourage development of shared transport and storage infrastructure for CO2, while four representatives of key CCS cluster areas (Norway, Rotterdam, Teesside and Scotland) updated on the work and thinking going on in their area.

Not surprisingly, collaboration and shared infrastructure emerged as a key theme in discussion, along with the importance of presenting the correct value case for CCS in Europe. There were challenges around the potential support for CO2 utilisation in Europe eclipsing CCUS with varying views acknowledging the place but also the limitations of utilisation technologies.

Over lunch, delegates also had the opportunity to hear more about ALIGN-CCUS, a recently announced joint industry and academia initiative that will be active in six European industrial regions.

Session 2 provided a very brief introduction to some of the most exciting CCS activity going on in Europe, and led nicely into the afternoon sessions where delegates were given the opportunity to spend time in small groups with leaders and technical staff from individual CCS initiatives. 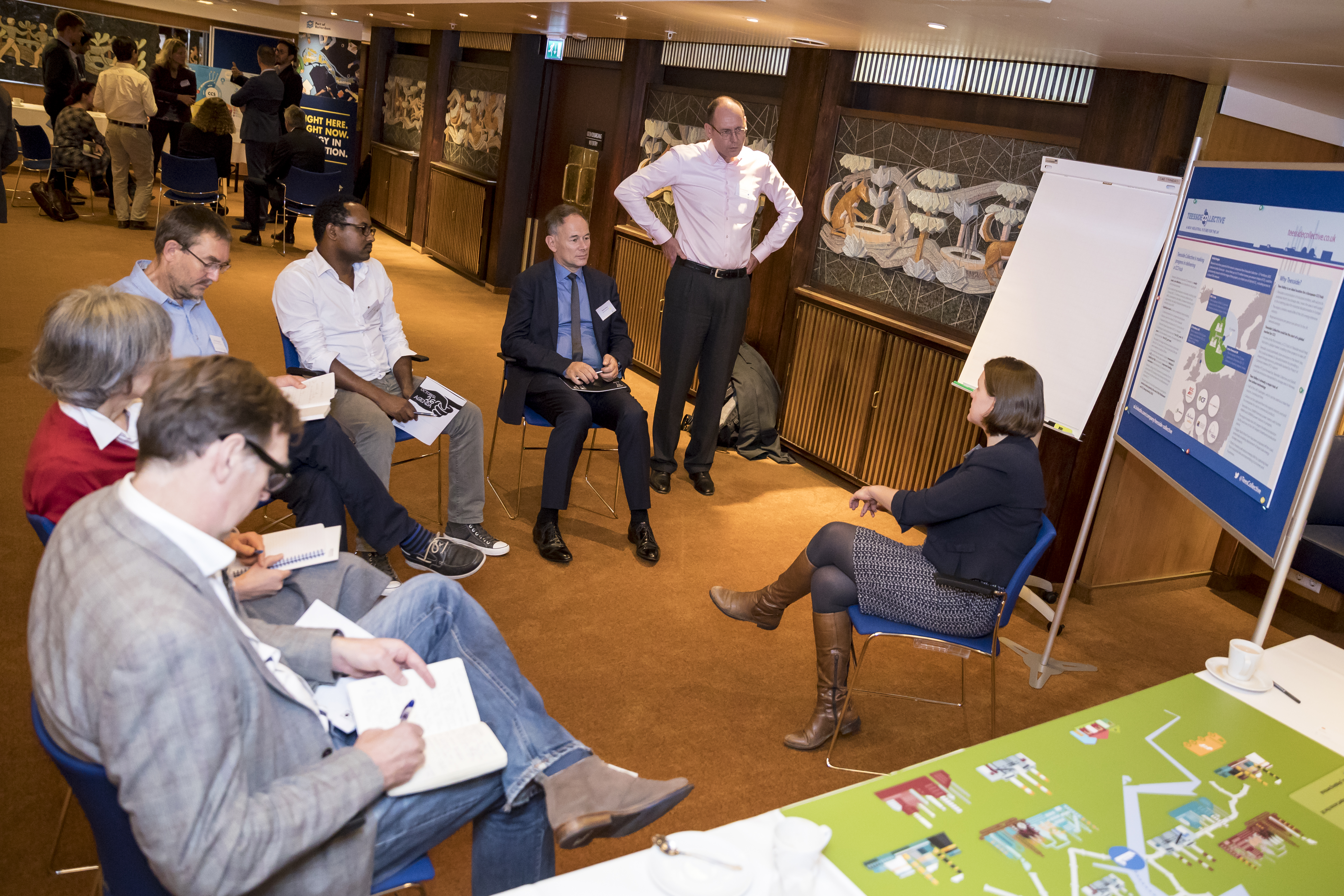 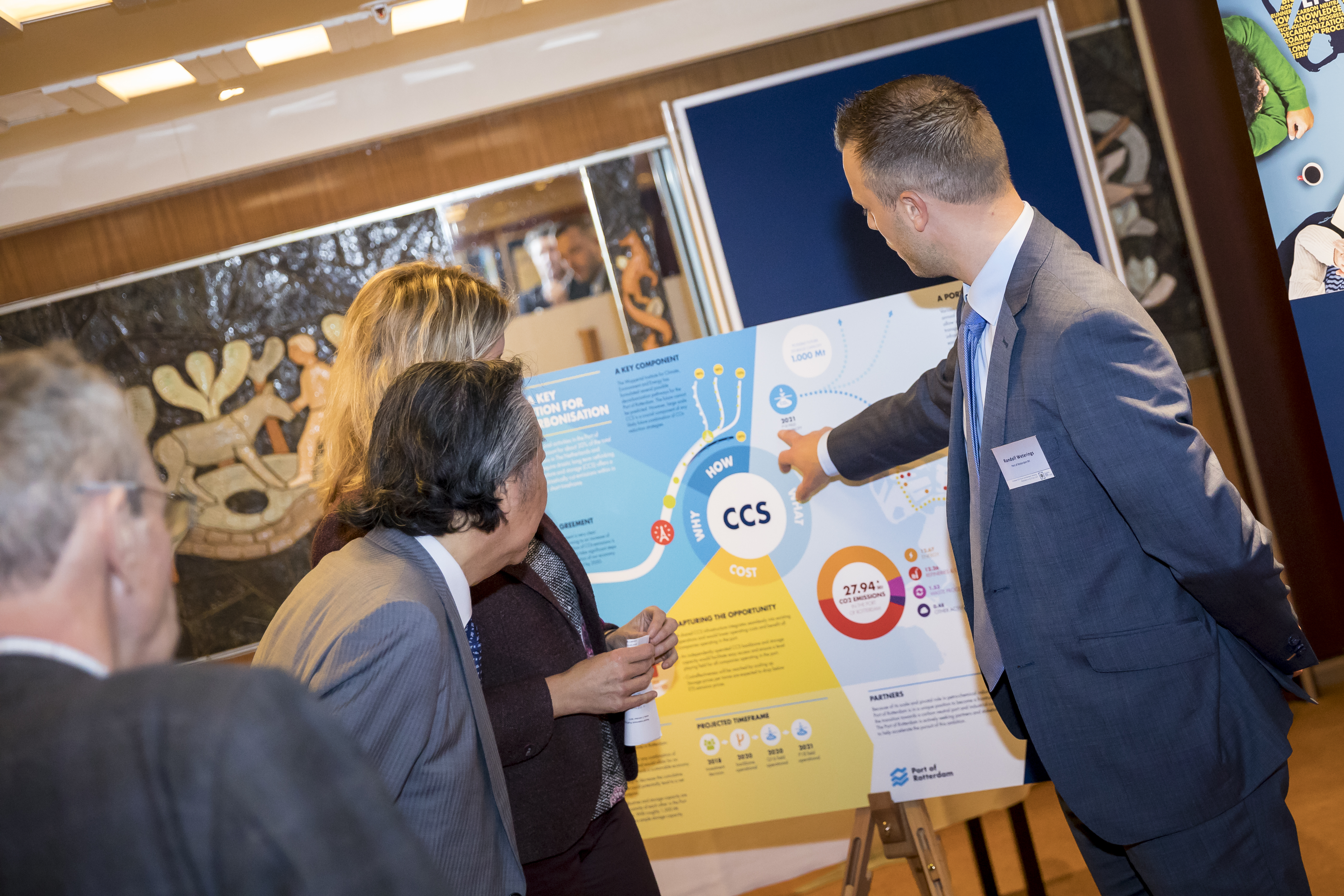 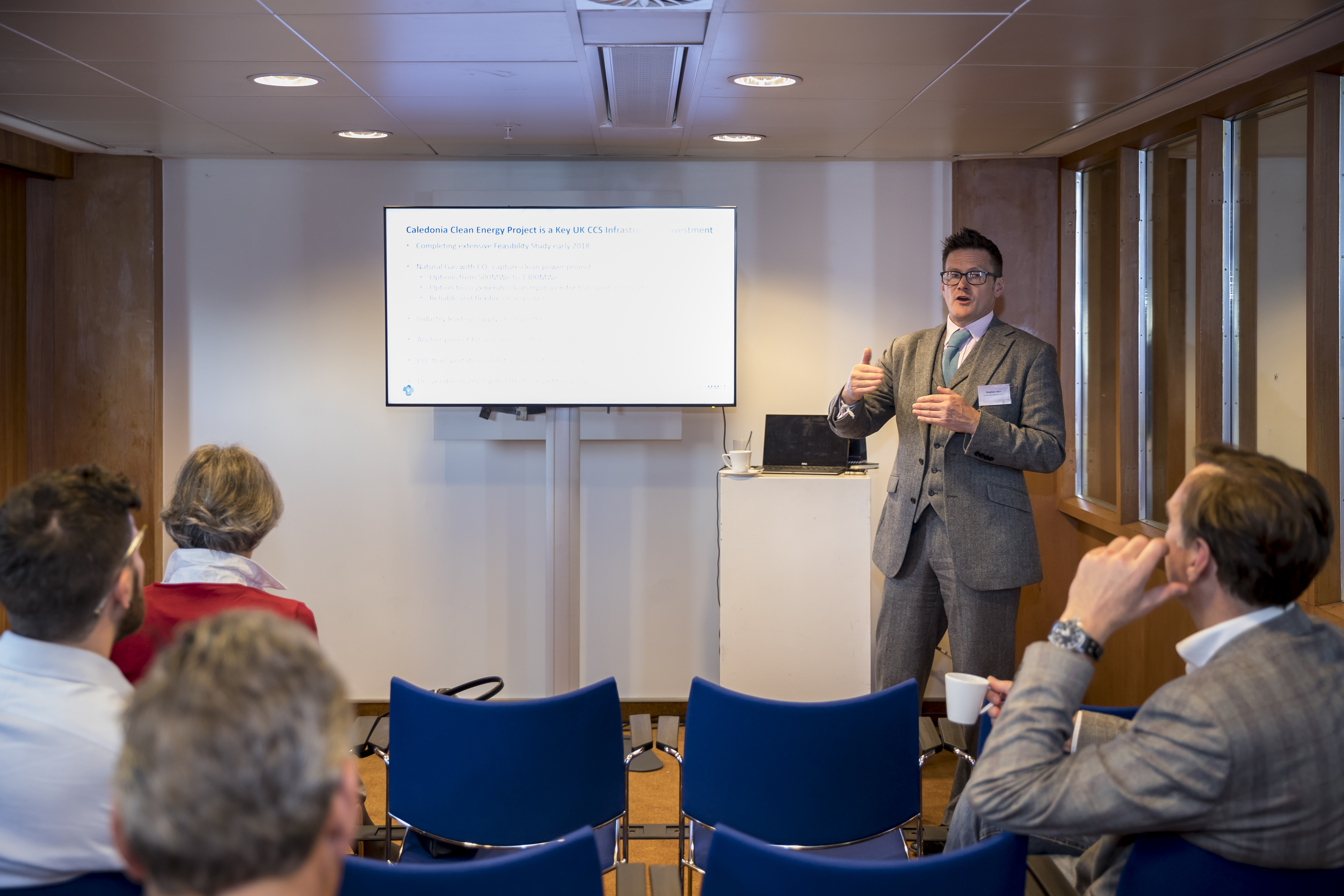 In a session chaired by Roy Vardheim, Director and Chairman of the Board of Technology Centre Mongstad, four representatives from across the chain of the Norwegian full-scale CCS project guided our groups through their current activities. Pål Mikkelsen (Fortum Oslo Varme), Reidar Tveit (Yara), John Kristian Okland (Gassco) and Cristel Lambton (Statoil) made up the Norwegian Project panel. 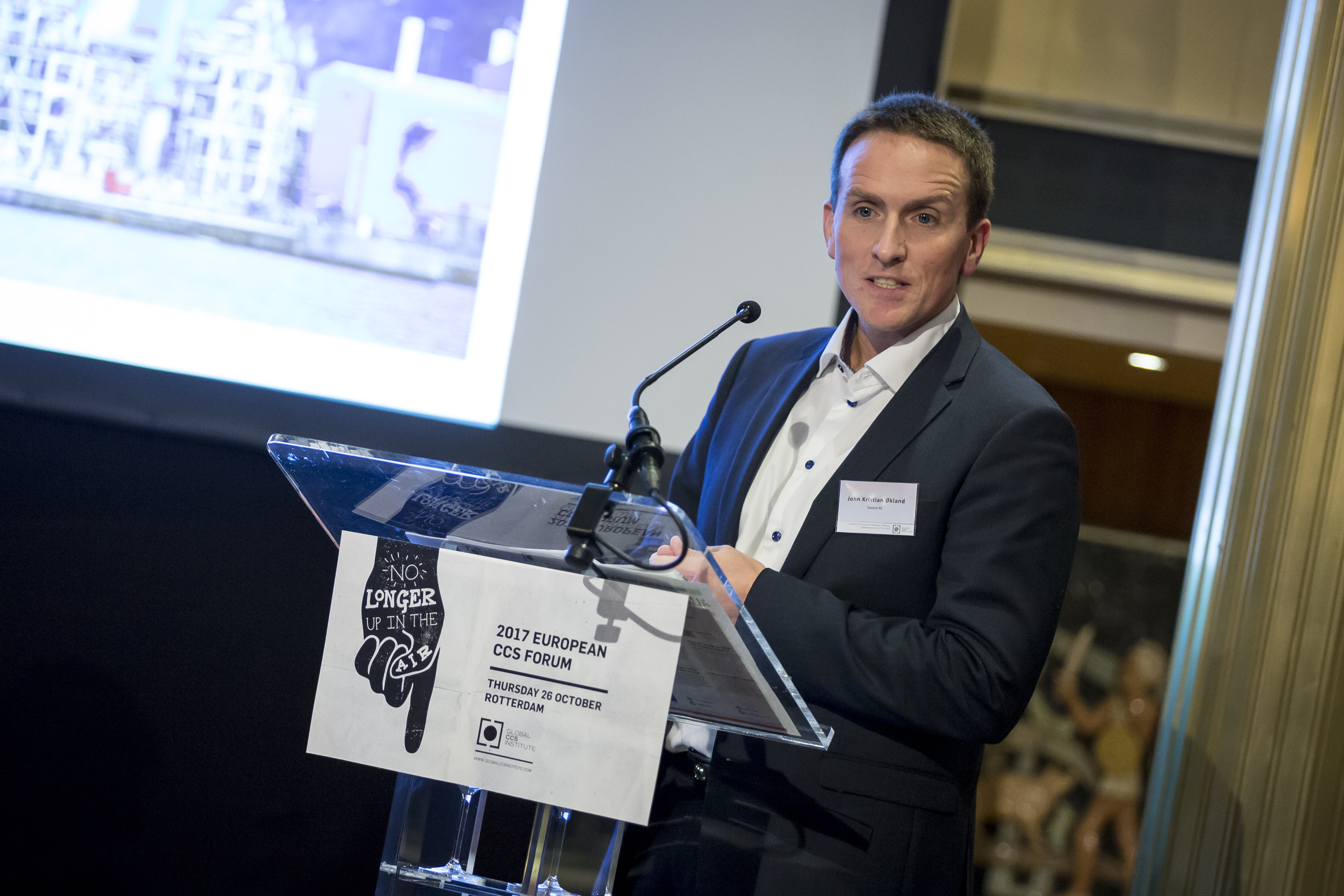 Session 4: Discussing the value of CCS

Four senior representatives from different sectors working with CCS, were brought together for the final session to present their perspective on the value of CCS to their stakeholder group. Andrew Green, Programme Manager of Carbon Capture & Storage at the Energy Technologies Institute (ETI) tackled the issue of what policymakers could or should value about CCS, drawing on 10 years of ETI research that has had a huge influence on policy decision making in the UK.

Phil MacDonald, Head of Communications for Sandbag, the not-for-profit think-tank, had some sage advice for helping to make the value case for CCS to the wider environmental NGO community in Europe. Phil highlighted the need to tie CCS to rapid emission reduction levels, breaking away from its close association with coal while emphasising the need for BioCCS to help meet short and medium term carbon budgets.

Jacek Podkanski, Senior Engineer at the European Investment Bank (EIB) explained what the organisation is looking for when it comes to future investments in CCS. David Hone, Chief Climate Change Advisor for Shell, concluded the session by considering what the oil and gas industries should value about the technology, drawing on the latest Shell scenarios work. 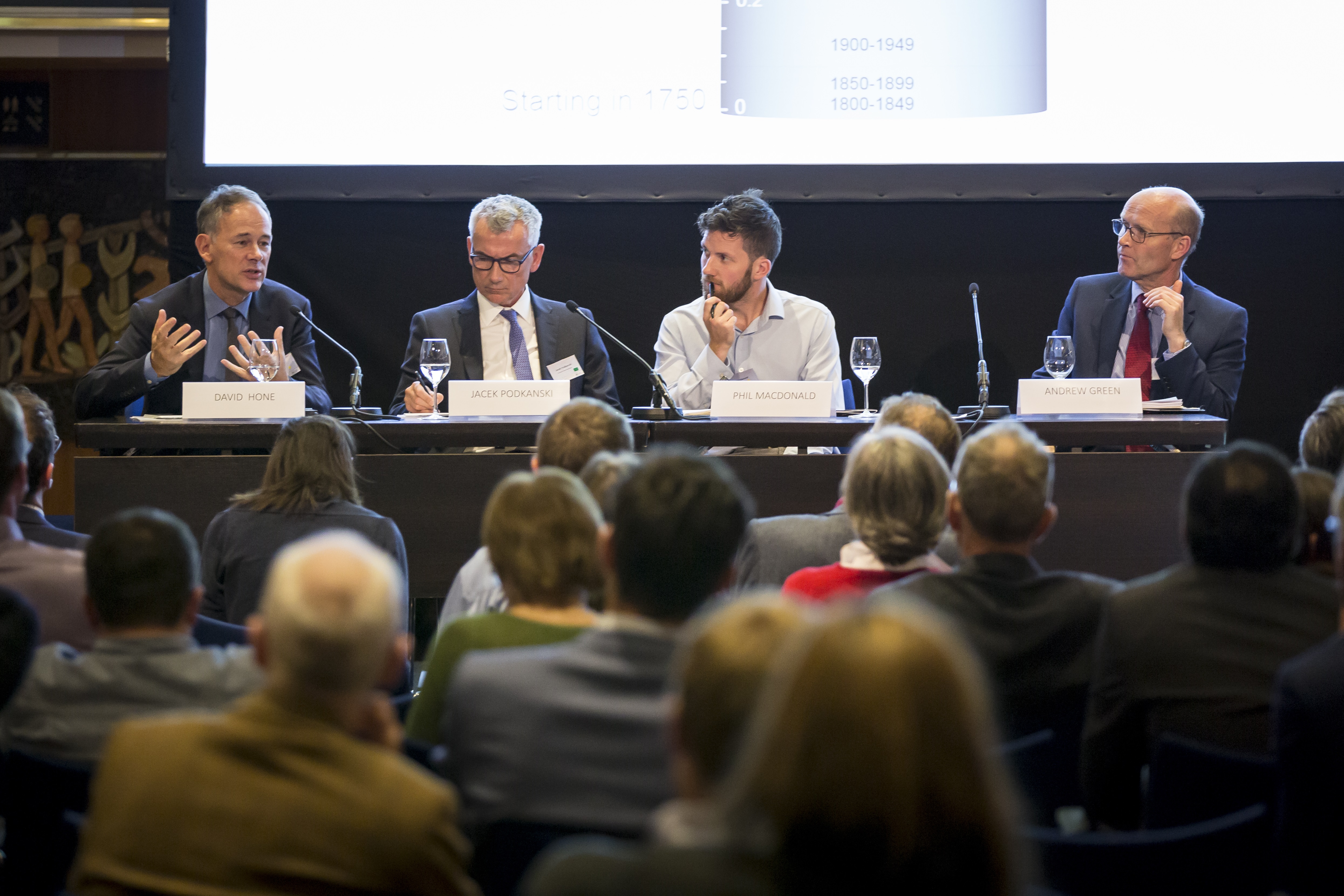 The Institute’s CEO Brad Page closed the formal proceedings of the Forum and invited all delegates to take up the kind hospitality of The Port of Rotterdam Authority who had arranged for a cruise through the key industrial sights of Europe’s largest port. 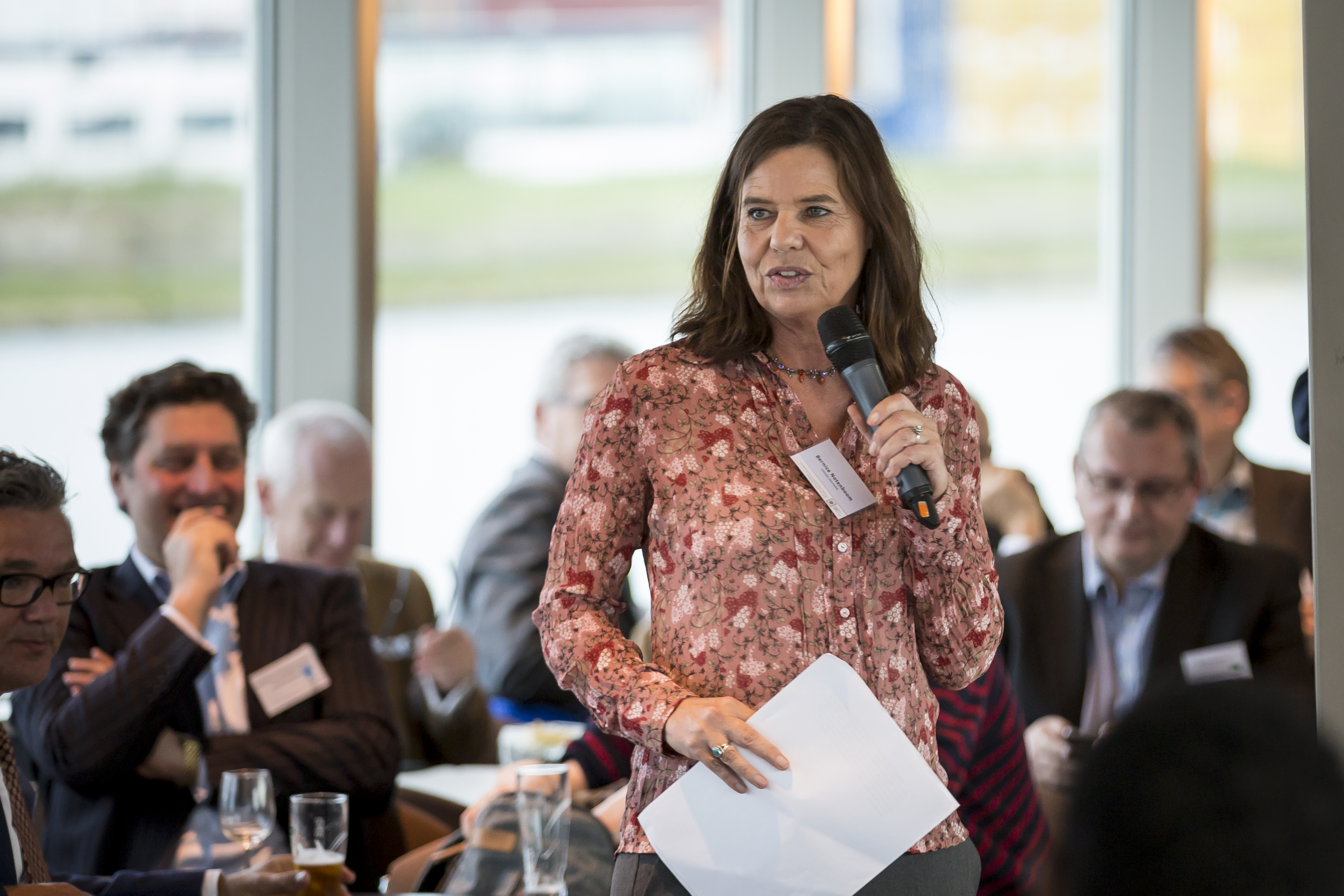 (Photo: Professional adventurer and climate journalist Bernice Notenboom closes the 2017 European CCS Forum with a stark reminder of the urgent need to reduce the CO2 in our atmosphere. Photo credit: Richard Theemling)

Sailing past such enormous industrial infrastructure, it becomes easy to understand the importance of this area to the Netherlands – creating 175,000 jobs, raising over €21 billion (from both direct and indirect value) which is approximately 3.1% of the Dutch GDP. It was also the perfect backdrop for a short and confronting presentation from climate journalist, science writer and professional adventurer Bernice Notenboom.  As the first woman to reach the North, South, and Cold Pole (in Siberia) and traversed the Greenland's icecap on skis in one year, when Bernice Notenboom warns about the extreme conditions that we all might have to put up with because of climate change - we should listen!

Bernice’s vivid descriptions of the impacts of climate change from her polar expeditions measuring snow depths and ice thicknesses for NASA and ESA, were an important reminder to all delegates, of the urgent need for comprehensive action on CO2 emission reductions.

The Global CCS Institute would like to thank the Port of Rotterdam Authority for their warm welcome to their city and for organising the Port Cruise for all delegates.  Speakers' presentations are available below: