The Gulf region is receiving international attention as the world’s first carbon capture, utilisation and storage (CCUS) development attached to a steel making facility moves closer to becoming operational. Planned for operation in 2016, the Abu Dhabi CCS Project in the United Arab Emirates (UAE) received a visit this January from a European Commission delegation led by Miguel Arias Cañete, the European Union Commissioner for Climate Action and Energy, touring both Masdar City and the Abu Dhabi CCS Project. His visit prompted a tweet saying "#CCS is a reality, also in the Emirates. Visiting the first commercial CCS project in the Gulf region". Commissioner Cañete met the Masdar Clean Energy team and received a briefing on the mission of the Masdar Institute before visiting the site of the Abu Dhabi CCS project. 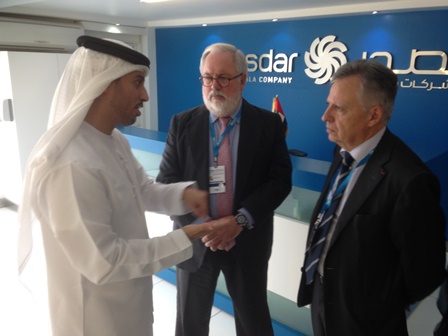 Currently under construction, the project is expected to be commissioned in the first quarter of 2016, delivering CO2 to ADNOC (The Abu Dhabi National Oil Company) shortly afterwards. The project is important for a number of reasons:

CO2 EOR in the Middle East

Countries in the Middle East have taken a conservative approach to the deployment of CO2 EOR. Hydrocarbon fields in the region are large and complex, in many cases represent the nation’s most significant national assets, and are seen as essential to future economic security and long term prosperity of the nation. The need to safeguard the future of these assets for future generations therefore forms an important element of the approach to CO2 EOR in the region.

While EOR operations are currently undertaken in the UAE, natural gas rather than CO2 is used. Substituting CO2 for this gas would provide a number of wider sustainability benefits such as storing CO2 and reducing emissions while releasing scarce natural gas for more value added uses in other sectors, such as power generation.

The future of CCUS in the region

The Abu Dhabi CCS Project will capture approximately 800kt of CO2 per year for use in EOR, however this represents a fraction of the potential for CO2 EOR within the UAE. In a sense, the project could be seen an industrial scale pilot that will give ADNOC and its partners invaluable experience in CO2 EOR operations in the geology of the region. If the project is successful it seems very likely that many more projects would follow. 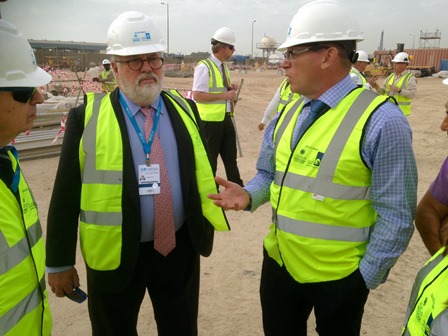 With a second CCUS project being developed In Saudi Arabia, Uthmaniyah CO2 EOR Demonstration Project, the future of CCUS EOR in the Middle East appears bright.