Implementing carbon capture in an existing power station or industrial process will have some effect on its water consumption. In fact a carbon dioxide (CO2) capture system in general requires additional water for cooling and make-up, increasing the existing requirements. Estimates available in the technical literature show that with the addition of a full-scale post-combustion capture system, the increase in water consumption per megawatt of electrical output (MWh) can be as high as 90 per cent. This Insight by the Institute's Guido Magneschi, a Senior Advisor in carbon capture for the regions of Europe, Africa and Middle East, provides a review of reported water use information and discusses options to reduce water consumption. 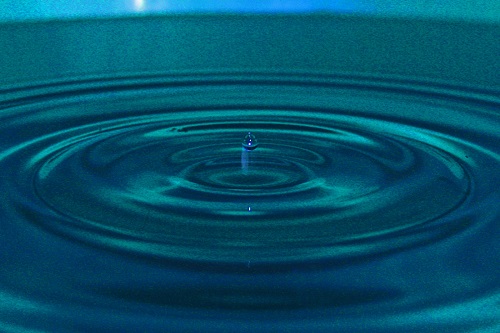 For post combustion capture in Pulverized Coal (PC) and Natural Gas Combined Cycle (NGCC) power plants and for pre combustion capture in Integrated Gasifier Combined Cycle (IGCC) facilities, considerable water use estimates have been reported by the US Department of Energy’s National Energy Technology Laboratory (DOE/NETL). A 2009 study by Gerdes and Nichols estimated an increase in water consumption per MWh of power generated of around 87% for supercritical Pulverized Coal (PC), 76% for NGCC and 61% for slurry fed IGCC.

Not all capture technologies have the same water requirements

The numbers reported above show that different power production technologies have different impacts. Oxy-combustion would require the smallest increase in water use among currently available CO2 capture methods. In fact the only water requirements associated with oxy-combustion are for the CO2 compression cooling system whereas in post- and pre- combustion systems water is also needed for cooling other process streams (e.g. lean solvent cooler).

A DOE/NETL study reports water withdrawal and consumption figures for oxy-combustion plants. Based on the study results, the increase in water use for an oxy-combustion retrofit can be calculated as around 56% per MWh of net power production. Additionally, recovery, treatment, and re-use of water extracted at various points in the process stream (eg, compression cooling knockout water) could reduce supplemental water requirements even further.

Some of the new-generation technologies for CO2 capture currently under development can also bring improvements in terms of water demands, although it is not the primary target of developers. Membranes, solid sorbents and calcium looping are examples of new technologies whose supplemental water requirements are limited to cooling water for CO2 compression.

For arid regions, where water availability is a problem, technologies that have lower water requirements are certainly more suitable. Air cooling might also be a solution for locations with water scarcity, but it is generally more expensive than water cooling.

The benefits of an optimized integration

A study presented at the GHGT-12 conference showed that the integration of a new 250 MWe demonstration carbon capture unit of the Rotterdam Opslag en Afvang Demonstratieproject (ROAD) with a recently-built 1 070 MWe coal-fired unit could reduce freshwater withdrawal and usage through waste heat integration. The addition of the ROAD carbon capture demo plant will increase the cooling water usage at the power plant. However, the impact can be decreased by integrating waste heat streams. Estimates indicate that cooling water usage would increase by 6% in absolute terms, or 12% more water consumption per MWh of power production. Extrapolation of the result for a full scale plant with similar characteristics and integration philosophy would result in a 25% absolute increase or 63% more water consumption per MWh of power production.

In addition, water can be recovered in the flue gas cooler of the capture system and reused as make-up water in the power plant after proper treatment. For example, it could be used in the wet sulphur scrubbing system. Results extrapolated for a full scale plant indicate that supplemental freshwater use can be reduced by 94%, nearly eliminating the need for increased freshwater supply.

The ROAD study will be presented in more detail by Andy Read, the project director, in an upcoming webinar of the Global CCS institute on the 15th of January 2015. Follow this link to register.

Additional water requirements introduced by CO2 capture processes can be of concern in areas where water is scarce. The studies available in the literature provide quantification of these requirements, indicating that they are significant. Alternative solutions exist to overcome the problem, like using less water-intensive capture technologies or optimizing the integration with the capture plant.

The literature values, however, should not be used as universal indicators. The actual increase in water consumption must be estimated on a case by case basis, carefully accounting for the capture technology (type and size), the cooling systems adopted and the level of integration.

A comprehensive assessment for each individual case must be carried out that considers all the available technologies for CO2 capture, including oxy-combustion technology, in order to compare their performance in terms of water requirements.

Hylkema, H. and Read, A., 2014, Reduction of freshwater usage of a coal fired power plant with CCS by applying a high level of integration of all water streams. GHGT-12 proceedings.