A Chinese government delegation visited Australia from 29 July to 1 August 2019 on a CCS Study Tour. The delegation was led by the Ministry of Ecology and Environment, and included representatives from central government and provincial governments.

The delegation began their CCS study tour in Melbourne where they met with experts from the Global CCS Institute to learn more about the global progress of the technology and discuss ongoing collaborations on CCS. Whilst in Melbourne, the delegation also met with the Victorian Government's CarbonNet Project and had constructive discussions with representatives from the Australian Department of Industry, Innovation and Science, Department of Environment and Energy, and Department of Foreign Affairs. Climate change polices, carbon capture and storage, climate finance and other topics were also discussed. 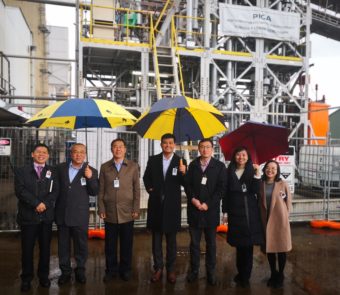 Moving to New South Wales, the delegation met with Coal Innovation NSW where discussions focused on state level CCS projects and programs, had meetings with the Clean Energy Finance Corporation on climate finance and visited CSIRO and University of Sydney to discuss carbon capture research.