Indonesia has abundant primary energy resources in the form of oil, natural gas, and coal used for domestic and export requirements. The Indonesian Government plans to rapidly expand the domestic use of coal for electricity generation. CCS could potentially play an important role in Indonesia’s emission reduction strategies. On April 24 2015, Dr Rachmat Sule from the Bandung Institute of Technology in Indonesia gave the Global CCS Institute and Australian-based Members a presentation on Indonesia’s ‘Gundih CCS Project’. The key messages from his presentation are summarised in the Insight below. 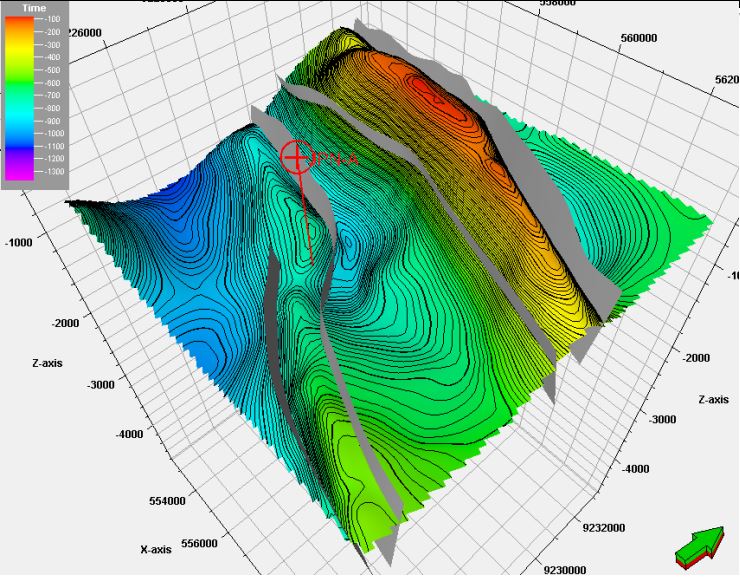 Increasing levels of carbon dioxide (CO2) in the atmosphere, mainly due to the burning of fossil fuels, have become a serious problem which will lead to climate change with the impacts felt around the world. Experts in various fields are now working on technologies to reduce CO2 emissions. Proposed solutions include utilising non-fossil energy, such as geothermal and renewables. In addition, there are technologies which reduce emissions from fossil energy by injecting anthropogenic CO2 into subsurface reservoirs, called carbon capture and storage (CCS), also known as geo-sequestration. Keeping the CO2 permanently underground means reducing emissions into the atmosphere.

CCS is the focus of the new ‘Gundih CCS Project’ research activity at the Gundih Gas Field in Central Java, Indonesia. This effort coincides well with Indonesia’s climate change commitment, which was delivered in 2009 during the G20 meeting in Pittsburgh and in 2010 during the COP-15 meeting in Copenhagen. Indonesia's commitment aims to reduce CO2 emissions by 26% by 2020 and up to 41% with international support.

In October 2010, the Bandung Institute of Technology (ITB) and Kyoto University submitted a ‘Science and Technology Research Partnership for Sustainable Development’ research proposal to the Japan International Cooperation Agency (JICA) and the Japan Science and Technology Agency (JST). In April 2011 it was announced that this was the only successful research proposal from Indonesia in that year. The contract agreement between ITB and JICA was signed on 10 September 2012, and on that date the Pilot Study on CO2 Sequestration in the Gundih Field officially began.

The search for a CO2 storage location

One of the main focus areas of the JICA/JST funded studies is to determine the best geological CO2 storage location based on geological and geophysical data analysis available for the Gundih Gas Field and surrounding areas. The Gundih Gas Field has been in production since the end of 2013. The gas is produced from the three main geological structures, namely Kedung Tuban, Randu Blatung and Kedung Lusi, which collectively will produce around 60 million standard cubic feet per day (MMSCFD) over the next 12 years. The CO2 content is approximately 21% of the produced gas. After the gas is processed at the Central Processing Plant (the CPP) about 15% of the total CO2 is separated out into a pure CO2 stream. This comprises around 800 tonnes per day of CO2, and to date, the separated CO2 has been flared into the atmosphere.

The target formation for CO2 storage for the Gundih Project is the Ngrayong Formation, which is composed of sandstone (silty sandstone) and lies at a depth of 830 - 1200 m below the surface. In the site selection phase of the study, three CO2 storage candidate sites were identified within the Ngrayong Formation. A geological-geophysical reservoir study was then conducted using available data for all candidate sites. Those candidates are:

The subsurface studies conducted to date indicate the Jepon structure should be the first priority for CO2 injection for this CCS Pilot Project.

Opportunities to scale up

Jepon-1 is a suspended well (meaning it is not currently in use) so it is possible that Pertamina will allow this well to be used for CO2 injection, assuming studies prove that the Jepon structure is safe to store the injected CO2. The Jepon structure is a small anticlinal structure, which could store more than 6000 x 103 m3. The planned project will inject around 30 tonnes of CO2 per day, or a total of 20,000 tonnes of CO2 over two years. Based on the calculation of storage capacity and simulation results, the planned CO2 injection is much smaller than the available storage capacity in the structure around Jepon-1 well (Jepon Structure).Thus, there is significant opportunity for scale-up of the project.

Based on the above description, it could be said that the planned CCS Pilot Project in Gundih is unique, because almost pure CO2 is already available from the Gundih CPP and the Jepon-1 well could be used as an injection well for CO2 storage. Hence the total investment cost is significantly reduced compared to similar projects. In addition, it should be recognised that this CCS Pilot Project will utilise grant funds from the international community.

The Asian Development Bank (ADB) contributed to this project by providing research funds to conduct feasibility studies of compression, transportation and surface facility, as well as the study of legal-regulatory framework. (The Global CCS Institute is a donor to the ADB’s CCS Trust Fund.) The ADB appointed ITB to conduct this study, which began in November 2013. A key output of the study funded by the ADB was to decide the CO2 transportation design from the CPP to Jepon-1 well, either via pipeline or truck. The study has identified the cost to transport CO2 from the CPP to the Jepon-1 well over the project length.