Pumping CO2 underground can help fight climate change. Why is it stuck in second gear?

This article by Howard Herzog, Senior Research Engineer at MIT was published in The Conversation US on March 12 2015. It is republished here with permission. 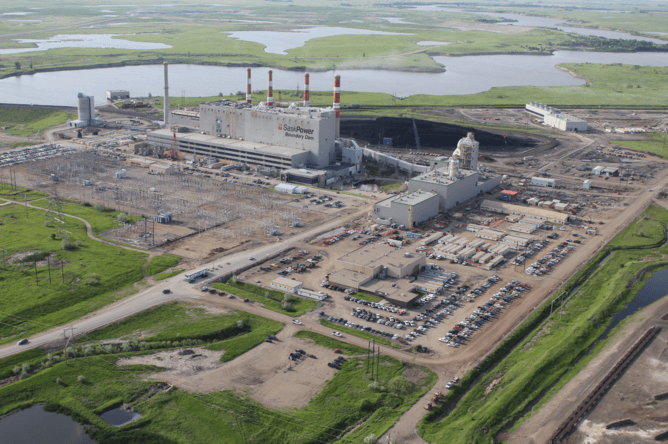 There are many uncertainties with respect to global climate change, but there is one thing about which I have no doubts: we will not solve climate change by running out of fossil fuels.

Understanding this leads to three possible pathways we can follow to lower greenhouse gas concentrations, and explains why I’ve chosen to focus my research on carbon capture and storage. We can:

To deploy CCS on the scale required is a monumental task. We need to store billions of tons of CO2 annually. However, this is the level of effort needed to address climate change. Similar efforts will be needed with other climate mitigation technologies, such as renewables, nuclear and efficiency. There is no silver bullet; we need them all.

As of now, however, CCS is used very little, nowhere near the scale required to make a meaningful dent in emissions. Why? The reasons have less to do with technology maturity and more to do with government policies and the commercial incentives they create.

How does CCS work

All the necessary components of a CCS system are in commercial use today somewhere in the economy. To be considered commercial-grade, these different components need to be integrated and scaled up. 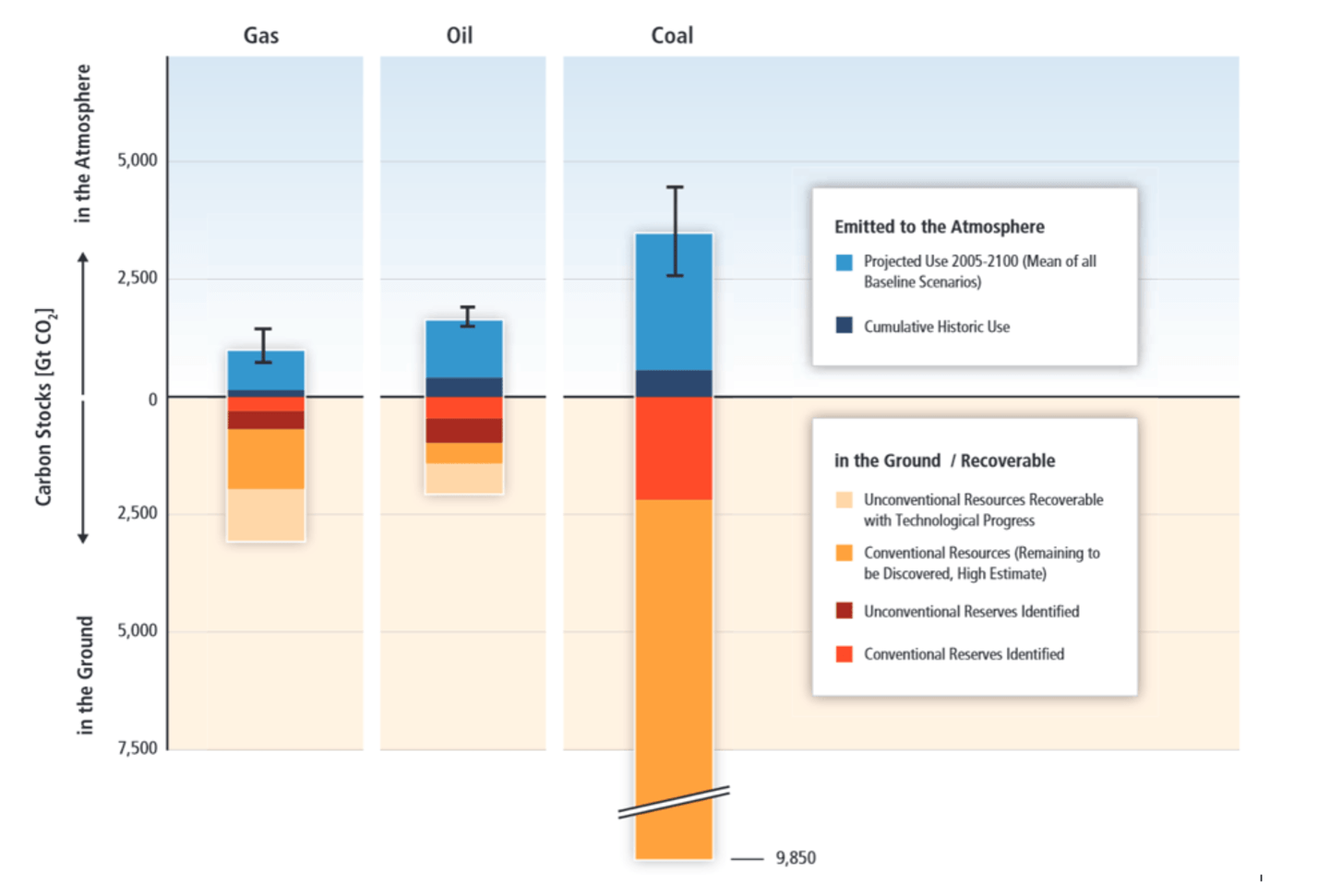 How much carbon is in the ground and how burning it would increase CO2 in the atmosphere. UN IPCC

The basic process for capturing CO2 from gas streams was invented in the 1930s. The first installation on an industrial boiler started up in 1978 in Trona, California. In Saskatchewan, Canada, the first commercial scale operation at a power plant (a coal-burning plant that generates 110 megawatts and emits more than 1 million tons of CO2 per year) started in October 2014 and, its operators say, is “exceeding expectations.”

In the US, there are CO2 pipeline networks with more than 4,000 miles of pipe. These pipelines were built primarily to bring CO2 from natural occurring wells to oil fields. In a practice known as enhanced oil recovery (EOR), CO2 gas is pumped into existing wells to force the release of more oil. About 50 million tons of CO2 per year are transported this way.

Injection of CO2 and other gases into geological formations has been practiced for many years. As early as 1915, natural gas was stored underground. The first EOR operation injecting CO2 started in 1972. Acid gases (including CO2) have been stored in geologic formations since 1989, primarily in Canada. Several CCS demonstration projects, starting with Norway’s Sleipner in the North Sea in 1996, store CO2 at the million-ton-per-year scale.

The first published paper referring to what would become CCS was in 1977.

However, it was 15 years later that the field of CCS research achieved critical mass. In 1991, the International Energy Agency launched the Greenhouse Gas R&D Programme, also focusing on CCS. The US established its own research program at the Department of Energy in 1997, investing $1 million a year. That figure has since ballooned to more than $200 million a year today. In 2005, the Intergovernmental Panel on Climate Change (IPCC) released a Special Report on Carbon Dioxide Capture and Storage, confirming CCS’s position as a major climate mitigation option. 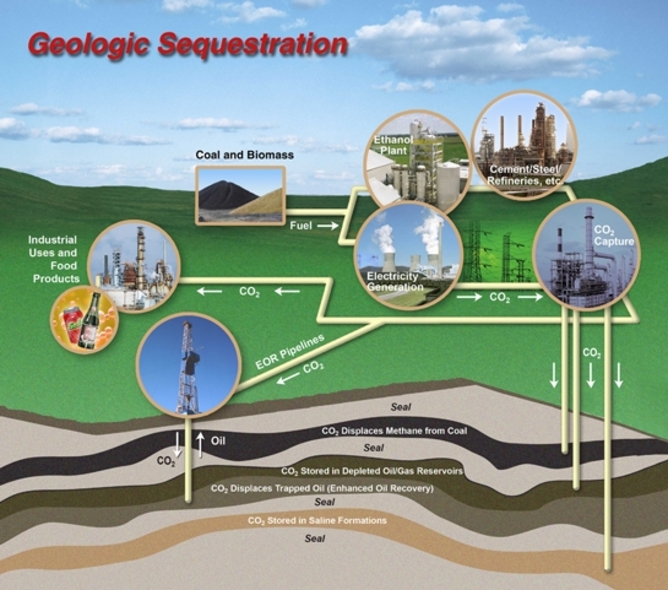 By all measures, CCS grew dramatically from 1990 to 2009. One metric is the attendance at the premier international meeting on CCS (see graphic, below). Dozens of demonstration projects were announced. The research and development activities in laboratories and pilot plants exploded. New and improved solvents to capture CO2 from exhaust gases were developed. Processes that integrated power production and CO2 capture were designed, developed and tested. There were field tests for injecting CO2 underground, regulatory frameworks developed and public outreach programs.

The vision was to have 20 large-scale demonstration projects on-line by 2020, at which time CCS could be considered commercial. In 2009, billions of dollars in stimulus money from the US and Europe were appropriated to help fund the vision. We were on the road to commercialization, but then we hit some potholes.

A Lack of Markets

In order for any technology to be commercial, there is a need to establish markets. Unlike other low-carbon technologies such as renewables and nuclear, CCS has only one purpose: to reduce CO2 emissions. Therefore, markets will only be established by climate policy aimed at reducing greenhouse gas emissions to the atmosphere. In 2009, it looked like that policy was imminent. There were cap-and-trade bills in the US Congress. The Copenhagen climate meeting at the end of 2009 was expected to result in a new international protocol.

Then it all fell apart. Climate policy became a partisan issue in the US, blocking any effective policy measures, and Copenhagen failed to achieve a protocol. Markets that would have driven CCS forward have been put off for at least a decade, maybe longer. 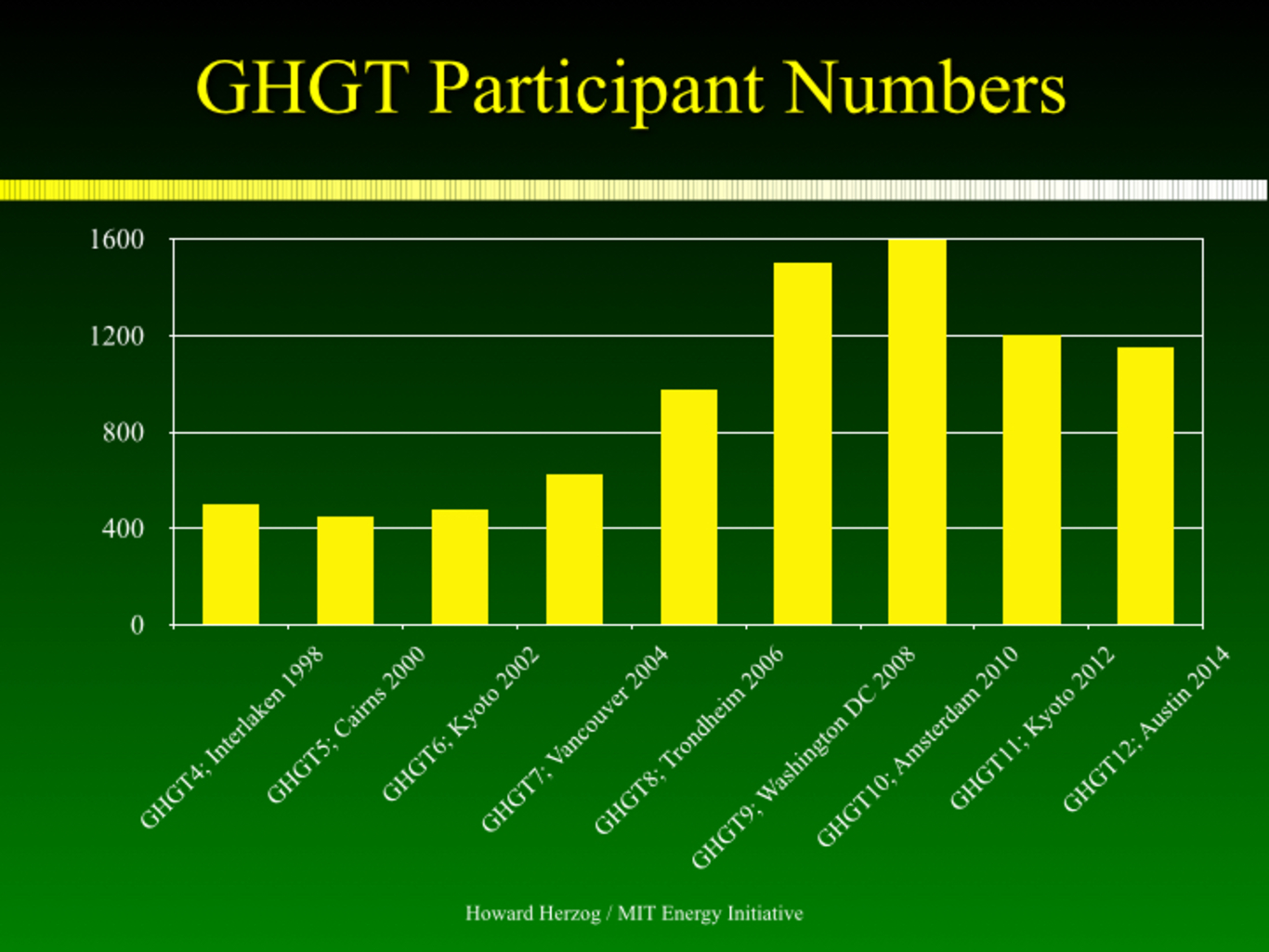 As an indicator of waning interest in CCS, attendance to the Greenhouse Gas Control Technologies conference has waned in recent years. Image courtesy of Howard Herzog/MIT

The participation of industry, such as electric utilities and oil companies, in developing CCS is crucial. However, as markets for the technology became more uncertain and pushed into the future, companies reexamined their commitment to CCS.

And now the support level has dropped significantly, as nearer-term needs have taken priority. Government programs that grew at double-digit rates for many years have flattened out or, in some cases, declined. As a result, less than half of the 20 hoped for demonstrations will be on-line in 2020, and CCS commercialization will be pushed back at least until 2030.

CCS at a crossroads

The latest IPCC Assessment Report on Mitigation mentioned CCS 35 times in the summary for policymakers. The International Energy Agency has repeatedly said CCS is a key technology for mitigating climate change.

However, just as CCS is making great progress in building demonstration plants, developing new and improved technologies, and understanding and managing risks, the funding to carry on these activities at the level needed has begun to shrink. A short-term focus has replaced long-term strategies.

This is a concern not just for people who consider CCS a critical technology, but should be worrisome for all who believe that mitigating climate change is a critical priority. We are not making the investments needed to meet a long-term goal of 80% reductions in CO2 emissions by mid century. I prefer to have an economy-wide carbon price to create markets for low-carbon technology. Then markets, not advocates, will make decisions about the technology mix. I believe deployment of CCS would be significant under such a policy. However, today we rely on government programs like fuel-efficiency standards for light-duty vehicles and renewable portfolio mandates for utilities to help reduce CO2 emissions.

Economists generally agree that these programs are less effective and more costly than a carbon price for reducing CO2 emissions. If energy policies did focus on a long-term reduction of CO2, we would not see the slowdown in CCS we see today.