Home > Insights > The value of CCS

The value of CCS

The debate around CCS has historically focussed on how its cost compares to the cost of other climate mitigation technologies, mainly in the context of power generation. The focus on cost, rather than value, has diverted attention away from the critical role CCS can play in meeting climate change targets and the broader benefits it provides to the economy (Figure 1). Understanding and communicating the value of CCS is essential to gaining wider support for CCS from businesses, governments and the public.

Figure 1: Sources of value from the deployment of CCS (download PDF version) 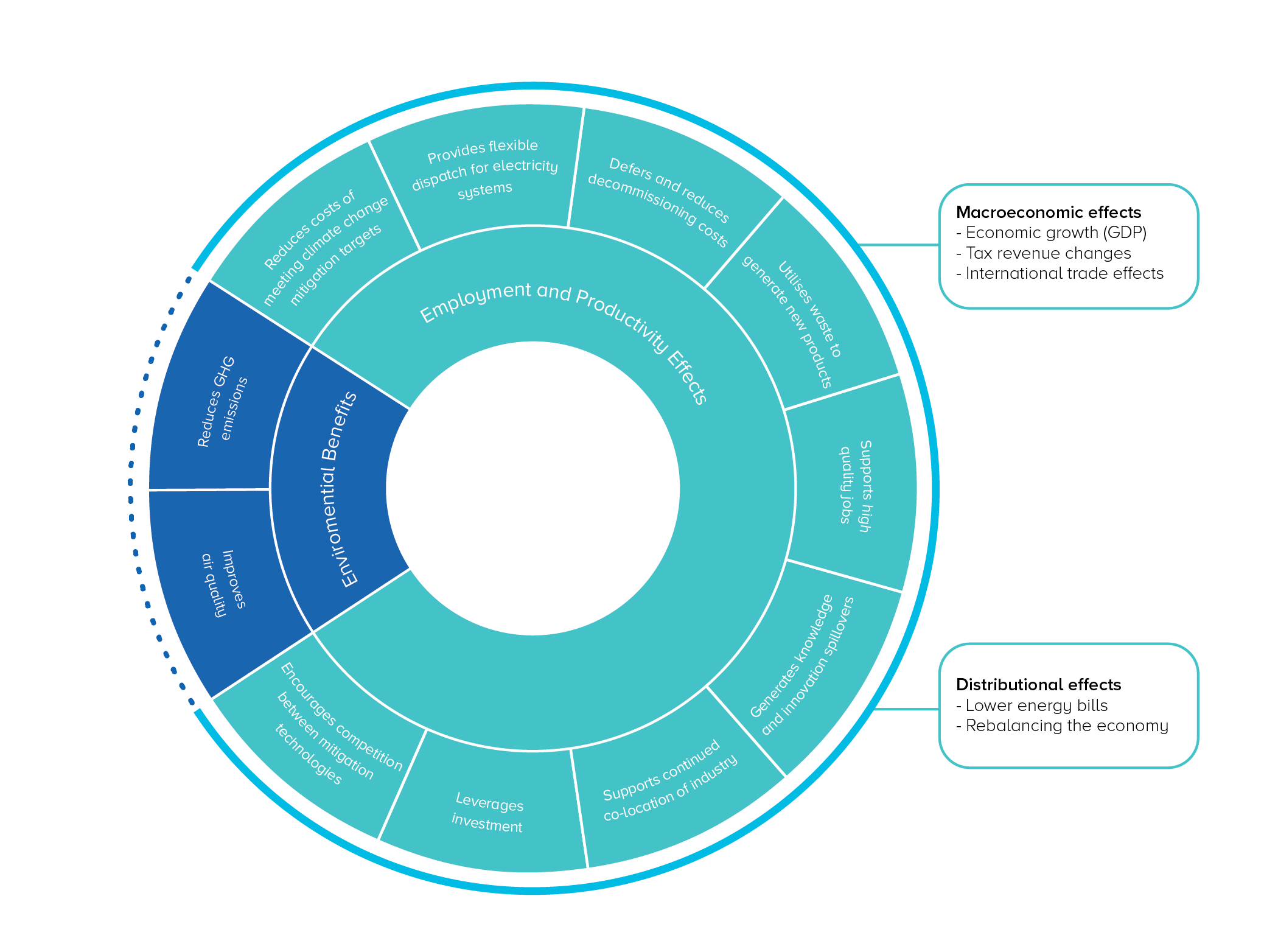 The primary reason for investing in CCS is its ability to reduce Greenhouse Gas (GHG) emissions across a range of sectors, including power generation, industry and heat. The multiple applications of CCS make it a strategic investment and it is widely recognised as a necessary part of the portfolio of measures required to meet climate change mitigation targets cost effectively. Recent analysis of future climate mitigation scenarios has shown that the cost of meeting emissions reductions targets is on average more than double in scenarios where CCS is not available.1 Furthermore, the overwhelming majority of studies conclude that mitigation targets are unobtainable without CCS. By reducing costs, CCS frees up resources that can be allocated to other productive uses.

CCS on flexible fossil fuel power plants can also reduce the total system costs of electricity supply by providing reliable, dispatchable generation capacity. This is ignored in the often-cited studies on the levelised cost of electricity generation that compare the cost of CCS with wind and solar, and only consider electricity generation cost. In effect, CCS on flexible fossil fuel power plants provides a different service to renewables, by being dispatchable at short notice to deal with the ever-changing peaks and troughs in energy demand. This service enables increasing amounts of intermittent renewable generation to be deployed, supporting the broader achievement of climate mitigation goals.2

Investing in CCS will support jobs in the construction, operation and maintenance of the CCS facility and the plant at which it is applied. A typical CCS project is estimated to need 2,500 employees in the construction and 200-300 employees in the operation and maintenance of the facility.4 This is relatively modest compared to other energy-related investments as most of the industries in which CCS is applied are highly productive, capital intensive sectors. However, the supply chain required to support a plant where CCS is applied can be extensive. While research is still evolving in this field and is based on limited data, initial estimates suggest that one job supported at a plant fitted with CCS could support 2-10 jobs in the wider supply chain.5

Some studies have gone a step further and aggregated plant level information to estimate the total jobs supported by CCS in a country. While informative, these estimates are difficult to validate due to the complex nature of labour markets when viewed at a macroeconomic level. They also overlook the real value CCS provides in supporting jobs and economic output at a local level, often in areas that face long-term challenges from the shift in the structure of economies away from industry and manufacturing. The jobs supported in the operation and maintenance of the plant are long-lasting, and are high quality too.

The development and deployment of new technologies like CCS generates knowledge and stimulates innovation which has long been identified as a major source of economic growth. There are well known examples of investment in CCS leading to a reduction in the prospective costs of future projects. For example, the developers of the first coal fired generators with CCS have identified savings of 20-30% in the capital costs of future projects through learning by doing. Investment in CCS can also create knowledge that spills over to other industries. Analysis of over one million inventions by the Grantham Institute at LSE has found that CCS, like other low emissions technologies, provides larger spillovers than other industries.6 In doing so, CCS can support innovation-based economic growth.

For industry, CCS provides a double dividend, reducing the cost of electricity compared to scenarios without CCS and providing the only means by which they can achieve deep decarbonisation. Many of the firms in these industries are co-located in industrial clusters. For example, the chemical manufacturing and gas manufacturing industries are amongst the most concentrated sectors in the UK. This clustering creates agglomeration benefits, where the combined economic activity of the firms that are co-located is greater than the sum of its parts. This means that when one firm in a cluster ceases trading, it has a knock-on effect on others. Investing in CCS in these areas could help to maintain the industries in a low emissions future, sustaining the ongoing benefits from industrial clustering.

By supporting high quality jobs, the development of knowledge and innovation, the continued co-location of industry, competition, and private sector investment, CCS can support economic growth. Similarly, by enabling climate mitigation targets to be met cost effectively, it can lead to lower energy bills relative to a world in which CCS is not deployed. Putting greater focus on these benefits that CCS provides, rather than on costs, is critical to increasing its acceptance as a technology that has an important role to play in a low emissions future. 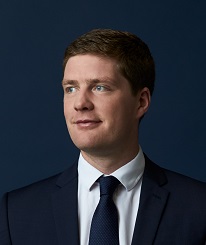 Alex is responsible for providing economic analysis and advice at the Global CCS Institute. He joined the Institute in September 2018 and is based in the London office in the UK.

Prior to joining the Institute, Alex worked in the UK Government for nine years as part of the Government Economic Service. During this time, he worked on a range of energy and climate change topics, including household energy efficiency, wholesale gas and electricity markets, climate change adaptation, and the rollout of smart electricity and gas meters. He also worked on trade policy and the assessment of applications for grant funding for large industrial projects during the early stages of his career in the UK Government.