In mid-August the Latrobe Valley, located in southeast Australia, was centre stage in hosting one of the annual National Science Week events. The focus of this local event was hydrogen as a future, clean energy fuel.

Over 250 people, ranging from the local kindergarten students through to retired power-station engineers, walked through the various experiments and interactive displays, as well as seeing hydrogen fuel in action.

Today, the Latrobe Valley is the powerhouse for Australia and – through innovative production of low emissions or ‘blue’ hydrogen with carbon capture and storage – the region can become a powerhouse for the world. This area is ideal for this innovation because the Valley has vast brown coal (lignite) resources and a workforce with specialised skills and energy sector knowledge.

The hydrogen future of the Valley starts with the AU$500 million pilot hydrogen supply chain project (HESC). The pilot project will demonstrate the gasification of Latrobe’s brown coal and then the export and transport of CO2 to Japan.

If successful, HESC is expected to lead the development of a production plant applying CCS to produce blue hydrogen at a commercial-scale. Australia could become a significant user and exporter of hydrogen; transforming industry, power, heating and importantly, the hard to decarbonise transport sector.

The event hosted all things associated with the production and utilisation of blue hydrogen. The hydrogen fuel-cell Toyota Mirai (pictured below) and a very Australian hydrogen-powered BBQ (pictured below) showcased hydrogen’s use. 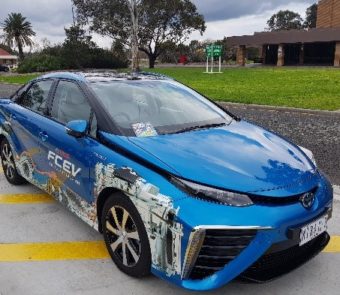 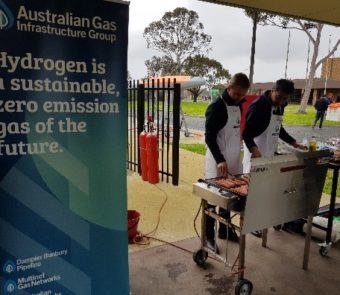 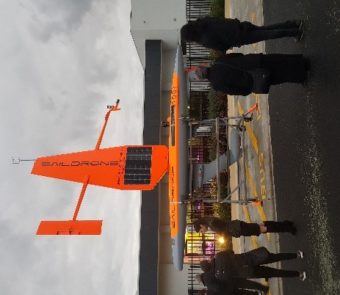 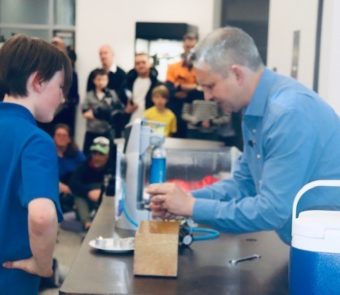 During the event CarbonNet showed their plans for building Australia’s first CCS network in the Latrobe Valley. The local participants we abel to see how CarbonNet could use the first commercial-scale hydrogen facility to create a new hub low-emission industries in the region. Critical to their endeavours was showing that CCS is safe. A saildrone (pictured) that is currently building up a database of CO2 levels over the CO2 storage site before any CO2 injection was on show.

Carbon capture and storage is critical to the production of blue hydrogen. The process of gasifying coal to hydrogen produces a near-pure stream of CO2. Experiments focused on showing how CO2 is actually a safe, non-flammable gas (pictured) and can be injected and stored permanently in seemingly solid rock.

The Global CCS Institute was also on hand to showcase CCS facilities around the world, highlighting the hydrogen facilities currently in operation including Japan’s Tomakomai Project. The emphasis of our message was showing that CCS is happening and mature technology, but through new ventures, including hydrogen, can present significant opportunities for the region.

After four hours of questions and insightful discussions, it became clear that the people of the Latrobe Valley, from young to old, understand the future of hydrogen and CCS. They also recognised the vast opportunities the energy revolution can bring to the area.

Already, the Asia Pacific region is the world’s leading consumer of hydrogen representing one-third of the global demand and future demand for hydrogen is substantial. The production of hydrogen in the Latrobe Valley ultimately puts CCS at the centre of a new energy economy – securing jobs, sustaining communities, and paving the way for a global hydrogen economy that combats climate change.