An exciting opportunity for Darwin to become a low emissions industrial hub with CCS was presented this week by Alex Zapantis, General Manager - Commercial to delegates of the South East Asia Australia Offshore & Onshore Conference (SEAAOC).

Following on from a presentation by the Chief Minister of the Northern Territory who described his ambition to create a gas based manufacturing hub in Darwin, Alex outlined that to derisk the multi billion dollar investment required to create such a hub, an effective strategy is required to deal with the millions of tonnes of carbon dioxide that these industries will create each year.

Demonstrating the fortunate position Darwin is in to achieve such an ambition, Alex explained that Darwin harbour has all of the prerequisites for the establishment of a low emissions industrial hub utilising carbon capture and storage and relatively close by is an excellent CO2 storage resource in the Petrel sub basin.  The fortunate juxtaposition of this existing infrastructure and storage resource would enable the creation of a low emissions industrial hub in Darwin using CCS. Without it, attracting large capital investment in emissions intense industries will become increasingly difficult and economic benefits that would flow from new industries in Darwin will likely not reach its potential.

But to realise this opportunity, an effective strategy and appropriate policies to bring private capital to the Territory will be required; derisking future multi billion dollar investments and the accompanying jobs and investment. There are many options that the Territory and Commonwealth governments can choose from to create the business case for investment necessary to deliver this exciting opportunity.

The SEAAOC is Northern Australia’s largest and longest established petroleum conference is a joint initiative between Informa Australia & the Northern Territory Government, and was held in Darwin from 4-5 September. 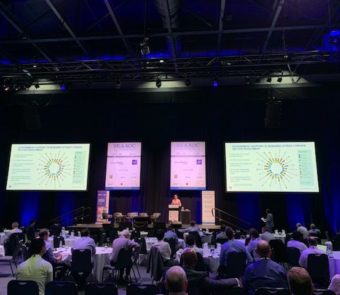 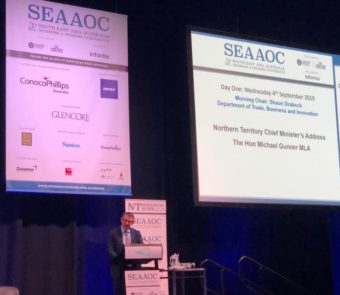