Safely and reliably transporting carbon dioxide (CO2) from where it is captured to a storage site is an important stage in the carbon capture and storage (CCS) process. Transport of CO2 occurs daily in many parts of the world however, significant investment in transportation infrastructure is required to enable large-scale deployment. 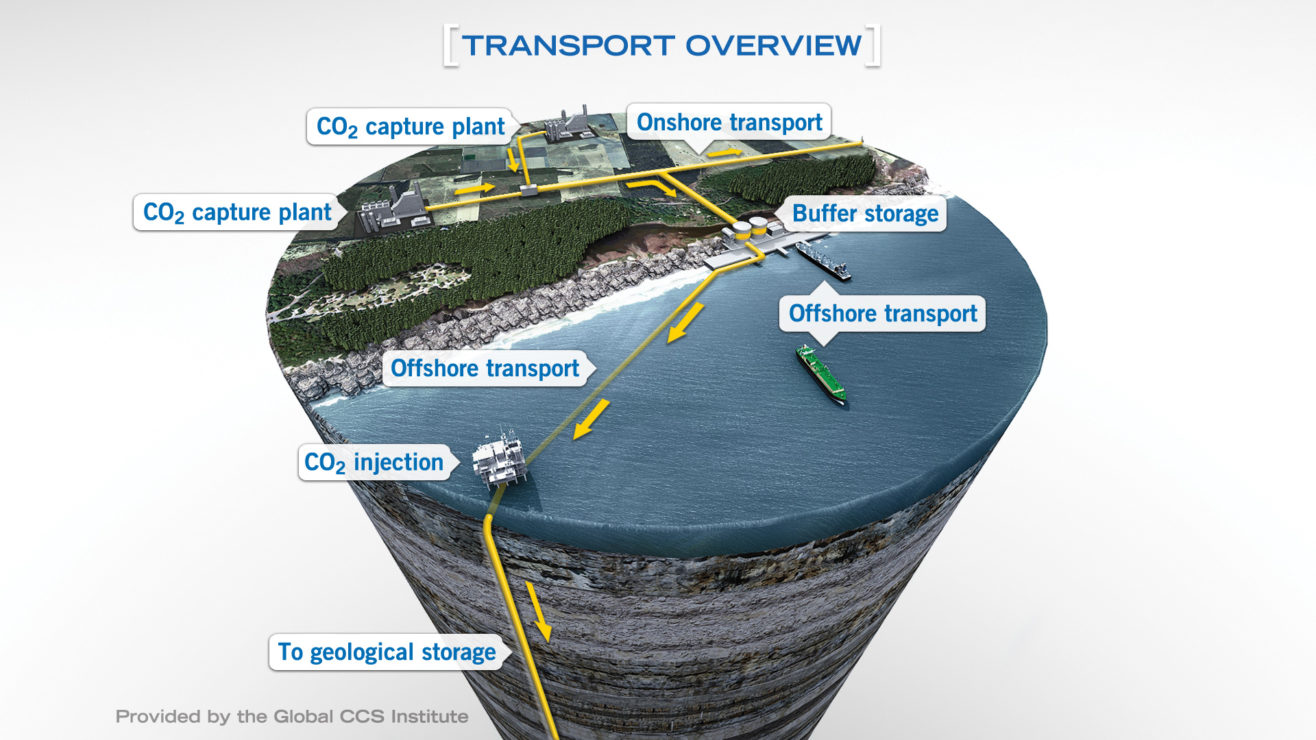 How is CO2 transported?

Pipelines are – and are likely to continue to be – the most common method of transporting the very large quantities of CO2 involved in CCS. There are already millions of kilometres of pipelines around the world that transport various gases, including CO2.

Transport of CO2 by truck and rail is possible for small quantities. Trucks are used at some project sites, moving the CO2 from where it is captured to a nearby storage location. Given the large quantities of CO2 that would be captured via CCS in the long-term, it is unlikely that truck and rail transport will be significant.

Ship transportation can be an alternative option for many regions of the world. Shipment of CO2 already takes place on a small scale in Europe, where ships transport food-quality CO2 (around 1,000 tonnes) from large point sources to coastal distribution terminals.

Larger-scale shipment of CO2, with capacities in the range of 10,000 to 40,000 cubic metres, is likely to have much in common with the shipment of liquefied petroleum gas (LPG). There is already a great deal of expertise in transporting LPG, which has developed into a worldwide industry over a period of 70 years.

Is transport of CO2 safe?

There is significant experience with CO2 pipeline development and operation on land and under the sea. There are around 50 CO2 pipelines currently operating in the US, which transport approximately 68 million tonnes per annum of CO2.

CO2 pipelines and ships pose no higher risk than is already safely managed for transporting hydrocarbons such as natural gas and oil. International standards are being developed to further promote safe and efficient operation of CO2infrastructure.

Does the infrastructure needed to support CO2 transport exist?

Extensive networks of pipelines already exist around the world, both on land and under the sea. In the United States (US) alone, there are about 800,000 km of hazardous liquid and natural gas pipelines, in addition to 3.5 million km of natural gas distribution lines. Some 6,500 km of pipelines actively transport CO2 today.

That said, the scale of pipeline infrastructure needed to support longer-term CCS deployment around the world is considerable. The estimated CO2 transportation infrastructure to be built in the coming 30-40 years (consistent with the International Energy Agency’s least-cost pathway to halve energy-related CO2 emissions by 2050) is roughly 100 times larger than currently exists.

Large-scale deployment of CCS is likely to result in the linking of proximate CO2 sources, through a hub, to clusters of storage ‘sinks’, either by ship or so-called ‘back bone’ pipelines. While hubs, clusters, and networks are terms used somewhat interchangeably, their use to describe projects highlights subtle differences.

A CO2 cluster may refer to a grouping of individual CO2 sources, or to storage sites such as multiple fields within a region. The Permian Basin in the US has several clusters of oilfields undergoing CO2-EOR fed by a network of pipelines.

A CO2 hub collects CO2 from various emitters and redistributes it to single or multiple storage locations. For example, the South West Hub project in Western Australia seeks to collect CO2 from various sources in the Kwinana and Collie industrial areas for storage in the Lesueur formation in the Southern Perth Basin.

A CO2 network is an expandable collection and transportation infrastructure providing access for multiple emitters.

The incentives for CCS projects to be developed as part of a hub, cluster, or network include economies of scale (lower per unit costs for constructing and operating CO2 pipelines). The costs per project are lower than can be achieved with stand-alone projects, where each CO2 point source has its own independent and smaller scale transportation or storage requirement. A coordinated network approach can also lower the barriers of entry for all participating CCS projects, including for emitters, that do not need to develop their own separate transportation and storage solutions. 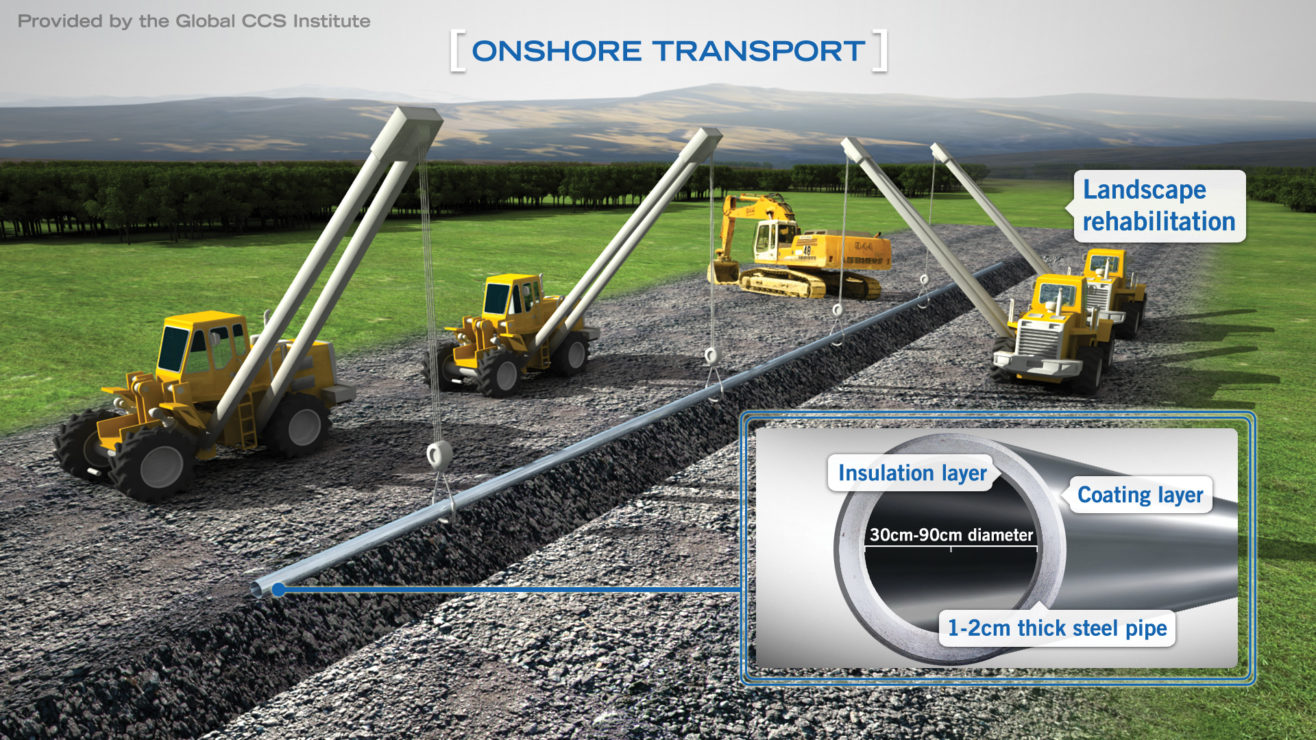 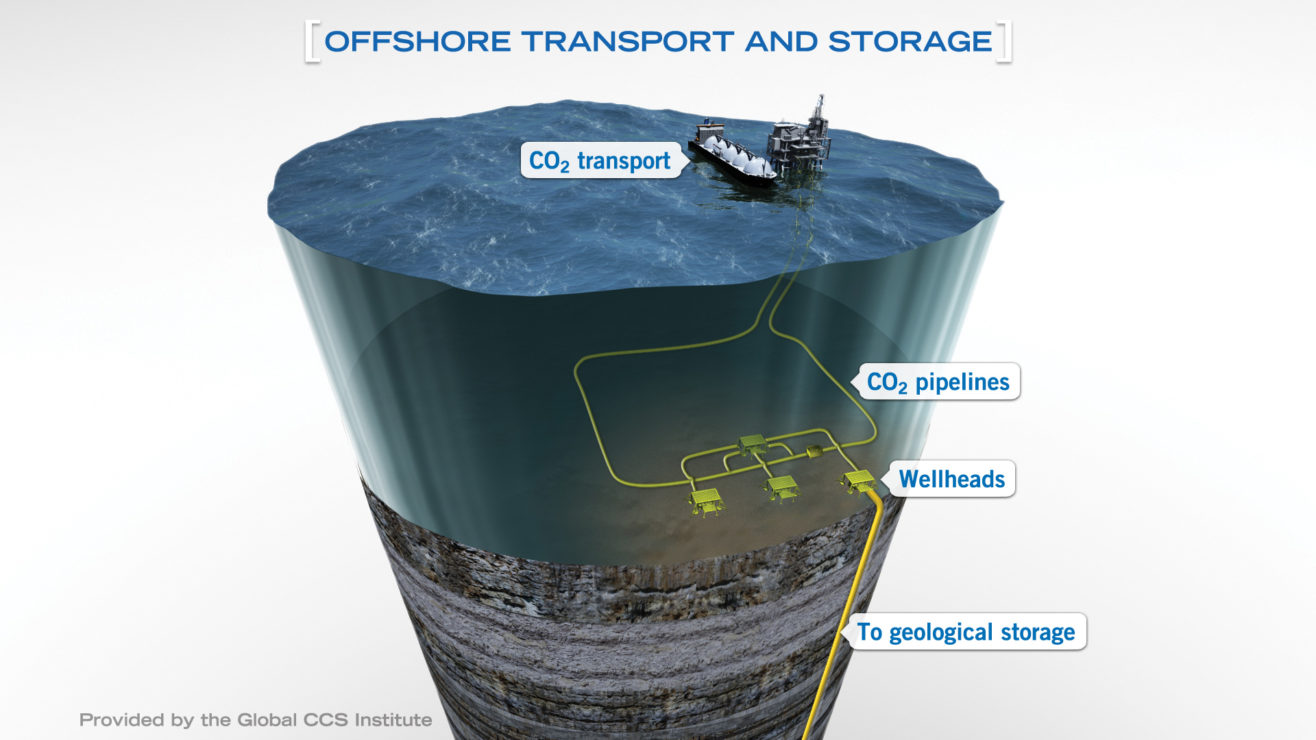